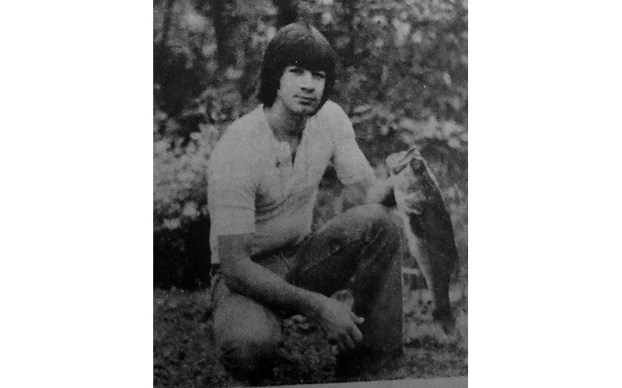 1976- When Dallas Breaux hooked a five-and-half-pound Large Mouth Bass recently, he became more excited than the day he caught his first fish. And it didn’t make any difference if his catch wasn’t close to setting a world record.
“It was unbelievable,” the young man said. “The bass hit about 10 yards out. Then when I set hook, he started for the boat. When the line went slack, I thought I lost him, but he didn’t waster any time pulling away, so I started reeling him in.”
That’s about the time  when the excited fisherman realized  he was about to lose his catch because he hadn’t come completely prepared to fish.
“We forgot to bring the net,” Dallas said, “so my fishing companion had to get on his hands and knees before he was able to grab the fish by the mouth and haul him aboard.”
Dallas who fishes about three times per week used  a plastic frog on a  spinning rod to hook the five-pounder from a 10-foot aluminum flatboat on the Milesville Pond.
As a member of the Cypress Country Bassmasters Dallas’ catch should make him a prime contender for top honors in his club’s annual fishing rodeo. Until then, the Reserve resident is going to remain contented by having his catch mounted. Then he’s going to sit back and brag that catching bass is becoming an art with him, especially since he already holds claim to another nice catch of 4-pounds 10-ounces.
Fishing with Herman Aubert of Reserve, Dallas was on the water one-half hour before he snared his prize catch on a sunny and warm evening not too long ago.