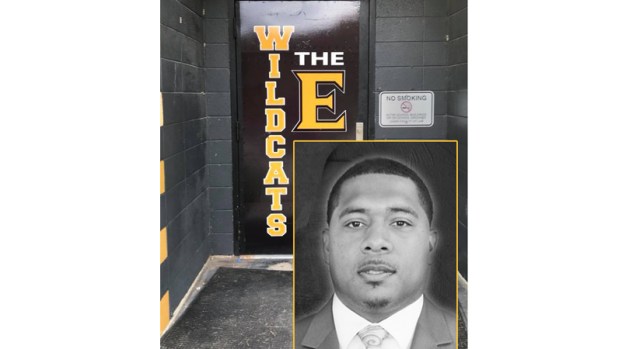 LAPLACE — It’s year three for football Coach Brandon Brown over at East St. John High School. However, this is not your typical football season.

High school football programs across Louisiana have been sidelined by the COVID-19 pandemic, and it’s been very hard on coaches and teams alike to prepare for a season. Yet that hasn’t deterred Brown’s Wildcats.

“Any opportunity we have to work or do anything, that’s all we can do. Control the controllable,” Brown said. “We’re hoping that we get a chance to play…It’s so pressing right now, and the season is so close. With volleyball, cross country and football, everyone’s in awe, they’re nervous, they’re scared, and no one knows really what to expect.”

Brown and his staff are doing their best to keep the players focused, grounded and mindful of the fact that this pandemic is serious, but you can still work hard and prepare.

“We’re okay. From us, from a football standpoint, we’ve been taking our time with our guys. We’ve been trying to do our best to make sure that mentally, they’re okay,” Brown said. “We’ve been away from our guys since March and that takes a toll on the players. Some of our guys aren’t in the best situations, so we become that parent figure to many in many different scenarios, in which that’s the most important thing for us. We just try to make sure our kids understand that life is bigger than athletics, and that’s what we have been preaching the whole time. “

How are the kids reacting to the pressure of the uncertainty surrounding football season? Questions are being asked at many schools, especially since the LHSAA made the announcement last week about Phase Two rules limiting high school sports.

“As a staff, we have been trying to do an excellent job of educating our kids because their only concern is playing ball. So, we try to explain to them that their safety comes first. We’re talking about young men and young women from the ages of 14 to 17. They think they are invincible! And they don’t believe the virus can affect them. So, we try to keep them knowledgeable about the situation at hand.”

Brown has gotten numerous calls from concerned parents and fans asking when the season will start.

“The LHSAA did put out a memo saying the we are committed to playing, so now the question is: When? There are many questions still unanswered. I think overall our kids are okay; they are very optimistic.”

Brown said this year’s squad is a large group, and the biggest positive of the group is extraordinary leadership.

“We’ve been relying on our seniors to somewhat develop the rest of our guys and explain to them what’s going on. But also, I’ll tell you what, between this whole COVID-19 thing and not being able to have our team 100 percent together and having to split our guys, and work them out in different groups, we’ve been able to develop some younger leaders who have stepped up to the plate. Our kids have been doing a great job of policing themselves. So, I believe our kids overall are in a very good state mentally. They’re just ready to get out there and play,” Brown said.

Being a homegrown East. St. John alumnus, Brown has his own challenges and pressure to live up to. Trying to earn the players’ respect to meet his expectations is a task, but not nearly as difficult as one might think for him.

Wildcat parents play a big factor in helping the players respect his work ethic both on and off the field by sharing old memories and encouraging the students to follow not only Brown’s authority, but his example.

“It’s been challenging, but I have classmates’ kids. It’s more than just talk. When you’re from here and people know what you stand for, it just makes this transition much easier and it shows,” Brown said.

Brown will continue to build this team to become better each year with a simple premise…player buy in.

“Now we’re in year three and I think the buy in has been tremendous, and that’s from the community, from the kids, from the parents…from all stakeholders. We feel good about it and I think that’s the reason the team really wants to get out and play. They feel we will have an awesome chance this year,” he said.

“The kids really know now the expectations of Coach Brown. When you first come into a program you are trying to build it. I always use the phrase, ‘We’re going to build this thing and we will build it brick by brick.’ We started from the very first brick but now we’re in year three and it’s time to really take our program to the next level. We talk about the analogy of building brick by brick, and you always want to leave the program better than when you found it. This 2020 class left us with a second round playoff stint. I tell our guys this year, it’s second round or better. As a program you never want to go backwards, and the truth is you never want to be stalemates either. We want to get better and each group is under pressure to get better and they have a challenging opportunity ahead of them.”

Exactly what can the community expect to see out of this year’s East St. John football team? As always, some extraordinarily talented players hitting the field. The Wildcat defensive line will be returning, two of which were All District, and Brown feels very blessed with four of five starters returning to the offensive line.

Players such as Charles Constantino, Kylon Harris, Jamyrion Irving, Gaylon Favre, and Donte King are expected to have some phenomenal plays this year. And of course, we don’t want to sleep on Telly Huey, Terrance Samuel, George Smith and Travis Turner. These are some players you absolutely want to check out this season. Brown has most definitely put his stamp on this Wildcat team and fans should expect to see great things this season. The Wildcats are on the prowl for that championship!

Hahnville Football: Striving to be ‘uncommon’

BOUTTE — It’s football season in the River Parishes, and every school is preparing for the new year amidst the... read more