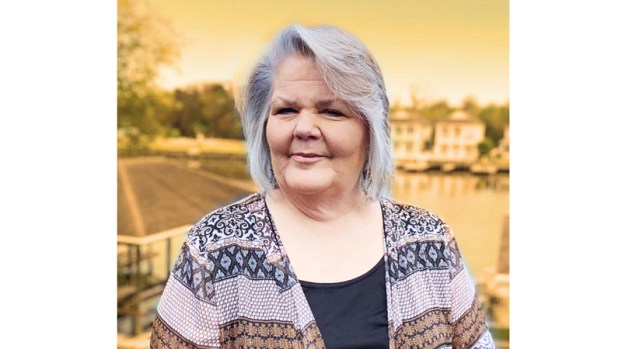 Teckla Holder made a difference at East St. John for more than two decades.

RESERVE — Teckla Trosclair Holder loved her East St. John family so fiercely that those who knew her said she bled black and gold.

She was a devoted mother to her three biological children and a second mother to generations of Wildcats who knew her as a cheerleading coach, senior advisor, librarian, counselor and trusted friend.

Holder passed away on Mother’s Day at age 61, following a two-month battle with cancer. The memories she has made in this lifetime will never fade from the hearts of those who loved her.

Teckla Holder was the second of eight children born to Adam and Diana Trosclair. She was named after Saint Thecla, a role model of the early church. Diana thought it might be too difficult to pronounce, and she adjusted the spelling to give her daughter a unique and vibrant name.

Holder became a mother to Philip, Josh and Amy, and she supported her children at every school function, sport and activity. Sixteen years ago, she married her husband Jerry, who she was head over heels in love with. Cruising, reading and dining became their favorite pastimes as a married couple.

She was also Grammy to granddaughters Kalil, Kasey and Liliana. A few months before her passing, she was able to meet her newest granddaughter, Rosalina Jean.

When Amy Gayle was a little girl, her mother would pull her around the track in a little red wagon at the East St. John football games. Gayle had a cheerleading uniform to match the older girls, and when their uniforms changed, hers did too.

“She was a cheerleading coach before I was born. Within a month of having me, she had me at cheerleading camp with her,” Gayle said. “As much as she loved her family, the school was also her family.”

Gayle said her mother was impactful at the high school because she listened to what kids had to say, and she did everything in her power to make sure they had the best senior year possible.

Holder was known to throw extravagant academic pep rallies that got students and teachers involved in the fun. She never knew a stranger, and she could easily strike up hours-long conversations while shopping at Walmart.

When she had to be stern, she had a way of reprimanding without being overbearing.

“You knew when she corrected you that it was because she expected the best out of you,” Gayle said. “There were a lot of kids that she was a mom to, some that didn’t have parents and some that did. They could come to my mom for anything, whether it was lunch money, someone to talk to or someone to take a selfie with.”

Students who graduated years ago kept in contact with her. A student who was traveling down a troubled path turned his life around with Holder’s help. He now works as a truck driver, and he sent the family a heartfelt note that was included in Holder’s eulogy.

The student wrote, “Your mom was a rare person who helped so many kids. You guys don’t know how much this lady helped generations of bad kids see the good in themselves. The confidence she implanted in me made me unstoppable. I always wonder where people go when they die…I am not wondering where Miss Teckla went…I know she went first class, hammer lane down straight to the highest seat in heaven. A real life angel.” 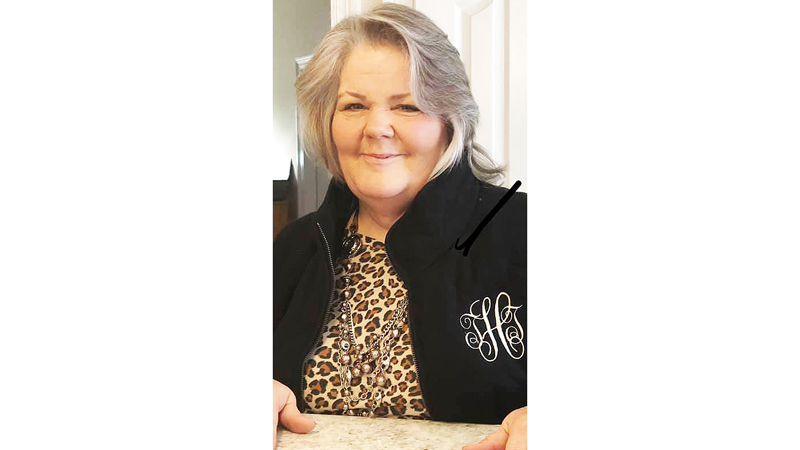 Her family believes that, if social distancing guidelines had allowed for a traditional memorial ceremony, 1,000 Wildcats would have showed up to thank her for changing their lives.

Gayle is following in her mother’s footsteps as a new teacher at LaPlace Elementary. When Holder reminded her daughter that she could be anything from a doctor to a lawyer, Gayle told her, “I like kids because you like kids. You help kids because you love kids, and that’s what I want to do.”

Schum recalls that Holder was always willing to do more than expected while planning pep rallies and taking her cheerleaders to competitions.

“She was always caring about others. I remember when she worked with one of her special education students who was in a wheelchair and her dream was to be a cheerleader — and Teckla made that happen,” Schum said.

Holder could be counted on for anything, anywhere, at any time. She had the kind of spirit that could make a person cry and laugh at the same time, according to Schum.

“She had a golden heart and would do anything for anyone,” Schum said. “She was a second mom to all of my children, as well as many other children. She bled black and gold at all times.”

East St. John Principal Christopher Mayes did not know Holder for her entire career, but it didn’t’ take him long to realize how special she was to the school and the greater community.

She began her career at East St. John High School as a teaching assistant, where she worked one-on-one with small groups of students who required additional support.

“Holder took the time to relentlessly and purposefully design activities, strategies and incentives for our schools neediest students, sometimes in collaboration with school resources, but mostly spending money from her own pocket to meet students’ needs,” Mayes said.

Her work as cheer sponsor led to partnerships with dance and gymnastics groups around the state. According to Mayes, a gymnastics partnership with Louisiana State University has helped bridge the gap for students with limited access to post-secondary education.

“Her unyielding commitment to ensuring that all students, regardless of background, income, or personal circumstances inspired and encouraged the entire school community to strive for their personal best,” Mayes said. “Holder lost her battle with cancer last week, and her absence permeates the hearts of our entire community. Her infectious smile, can – do attitude and winning spirit is the soul of East St. John High School. She is and always be our Wildcat Hero.”

RESERVE – The Riverside Academy Class of 2020 was to have graduated on Wednesday, but due to gathering restrictions said... read more