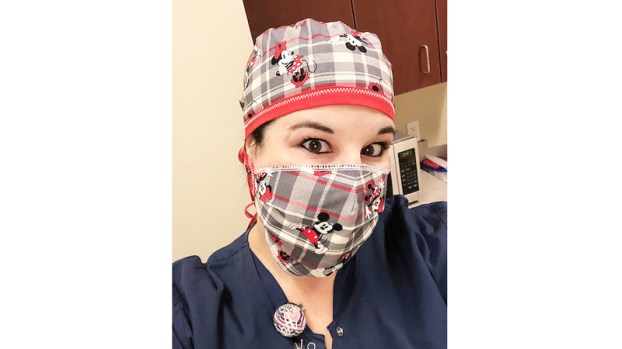 LAPLACE – When the coronavirus put a halt to elective surgeries at St. James Parish Hospital earlier this spring, OR/recovery room nurse Aimee Legg had to step outside of her comfort zone to take on new responsibilities.

Legg never anticipated becoming an acute care or ICU nurse. Suddenly, she was working nights for the first time in more than 20 years and exchanging her usual eight-hour shifts for 12-hour stretches on the front lines of a medical emergency.

“Since we are a smaller hospital, we didn’t have enough staff for what the influx of patients would be with COVID,” Legg said. “They were going to need more support on the floor, in different areas of the hospital. Of course, it was scary because I’ve never experienced that before.”

Legg knew she wanted to work in the medical field prior to entering college in 1991. While she started out in nursing, her college journey didn’t take her in the direction she expected, and she graduated from Our Lady of the Lake in 1998 as a surgical tech.

As a surg tech, she was responsible for protecting the sterile field and assisting the surgeon in an operating room. She worked for a pediatric surgeon in Baton Rouge and River Parishes Hospital, until she felt the urge to go back to school and finish what she started years before. 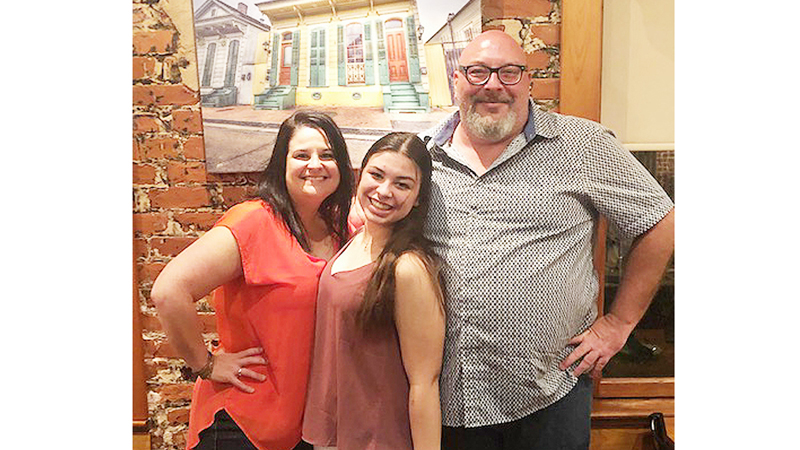 Front line responder Aimee Legg balances her responsibility to her patients with family time. She is pictured with her husband, tugboat captain Royce Legg, and her 15-year-old daughter, Olivia.

In 2004, she re-enrolled in nursing school to build a bright future for her newborn daughter. In 2008, she earned her nursing degree.

“As a nurse, you are responsible for most of the paperwork and making sure the patient understands what is going on and what they have to do for surgery,” Legg said. “You are also still responsible for anticipating what the surgeon needs and keeping the sterile field sterile. You are kind of like the policeman of the operating room, watching and making sure nothing is contaminated.”

Legg is also responsible for helping patients recover until they are discharged from the hospital. She is used to working in multiple roles, but nothing could have prepared the St. James Parish Hospital staff for a worldwide pandemic taking the local community by storm.

Despite the circumstances, Legg was up for the challenge. 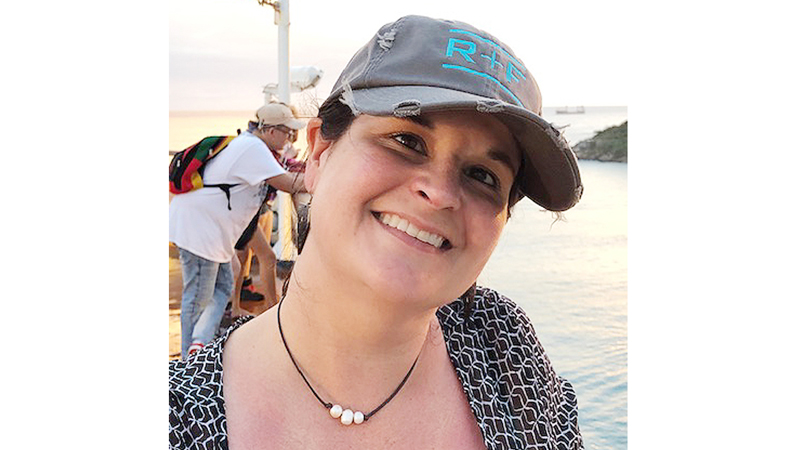 Pictured is Aimee Legg, a nurse and resident of Gramercy.

“I shadowed a nurse on the acute floor to see what the differences were,” Legg said. “The way they chart is different. Their schedule of giving medications is different than what I am used to. They have a 12-hour shift as opposed to an eight-hour shift. Not everybody can adjust to working nights also. I haven’t done nights in 20 years, since I was first a surg tech.”

There were patient success stories and heart-wrenching outcomes. To stay positive amid stress and uncertainly, Legg reminded herself that the patients were relying on her to keep them safe.

Chief Nursing Officer Rhonda Zeringue, RN, said she was impressed by Legg’s positive attitude and leadership throughout the COVID-19 response. She never hesitated, even when working in a new environment with highly infectious patients.

“It was an adjustment, but I am happy that I did it. That might sound weird, but it opened my eyes to another realm of nursing,” Legg said. “I proved that I am flexible. Things I didn’t think I could do; I did. We all worked as a team. It was very nice how the nurses in the unit took me under their wing and made me feel comfortable. Things that I learned in nursing school came back to life. It’s kind of like riding a bike.”

One of the greatest challenges was interacting with patients in full personal protective equipment. When caring for people before surgery, Legg typically has one-on-one contact with the patients to make them feel at ease.

With the PPE, Legg still had contact with the patients, but there was an extra layer between them making the interaction more complicated.

“I kept telling myself that it wouldn’t be a permanent thing. It was going to be temporary, and I needed to be here for these patients to get them better and try to get them home to their families,” Legg said. “My way of staying positive was knowing that I was their only contact. Seeing patients being discharged was very rewarding.”

Less COVID-19 patients are coming through the emergency room, and conditions seem to be improving. Over the past few months, doctors and nurses at St. James Parish Hospital have gotten a better handle on what the virus looks like and how to treat it.

More than 20 years into her career, Legg realizes healthcare is ever-changing. There will always be lessons to learn and new skills to master.

Her advice to those pursuing a career in nursing is to “keep going” and “don’t stop.”

“Get as much education as you can and find that niche that you like,” Legg said. “Make sure it is something you really want to go into. Money is not where the reward comes from. Being paid is a perk, but the reward is from the contact with the patients, knowing that you are taking care of them and doing what you can to make them better.”

Legg is a lifelong resident of Gramercy. She resides with her husband Royce, who works as a tugboat captain, and her 15-year-old daughter Olivia, who attends Lutcher High School.

LAPLACE — There were 831 of reported COVID-19 cases and 77 deaths in St. John the Baptist Parish on Tuesday,... read more