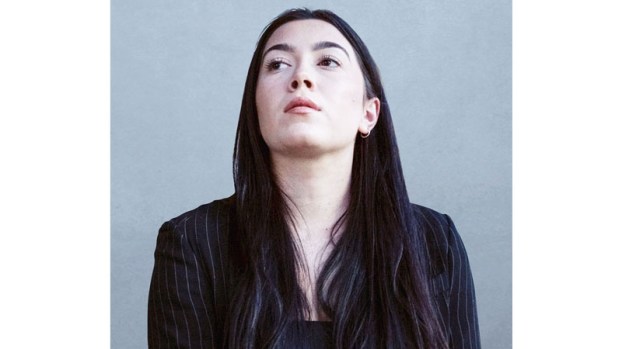 Faith Becnel has performed at the Andouille Festival and on many other stages across Louisiana.

LAPLACE — “Fearless” was the word that came to mind when George Becnel watched his 11-year-old daughter perform for a crowd of 3,000 at Zephyr Stadium, commanding the audience with her heartfelt rendition of “The Climb” by Miley Cyrus.

Faith Becnel is now 21 years old, and her dedication to honing her craft has never ceased to amaze those around her. This Sunday, the world will watch her come face-to-face with Katy Perry, Luke Bryan and Lionel Richie in an audition to become the next American Idol.

The episode will be on screen Sunday night at her father’s restaurant, Bec’s at the Lake, at 105 Gary Road in LaPlace. However, the Becnels won’t be there — they will support Faith as she performs live at the 2020 Los Isleños Fiesta in Chalmette.

Faith will pause the performance when her segment on American Idol airs, and the crowd will watch the audition with her.

Faith is a River Parishes native and a graduate of Destrehan High School. She’s performed on the Andouille Festival stage in addition to several other festivals, charity events, restaurants, country clubs, parades and weddings across Louisiana. Winning American Idol would take her career to the next level.

“To be the next American Idol would be a dream come true. I know it would be a step in the right direction for what I have dreamed of pursuing in my career,” Faith said. “Instead of only doing cover music, I can finally branch out and write my own stuff and become the artist I have always wanted to be.”

Faith Becnel will appear on Sunday’s episode of American Idol, airing at 7 p.m. on ABC.

Faith said meeting the famous judges in the audition room was “overwhelming, in the best way.”

“They were very encouraging and supportive of me,” Faith said. “It was very intense. I wouldn’t say I wasn’t nervous, but it was more surreal for me to be there and look at them. They were stunning people. It was insane. It was something I had dreamed of since I was super young, and it’s something I will never forget.”

Faith’s musical style is a combination of soul, R&B and New Orleans influences, with the occasion pop song thrown into the mix. Etta James, Tina Turner, Bruno Mars, Whitney Houston and Stevie Wonder are among the artists she covers.

She first performed on stage at 10 years old. A group of boys her age recruited her to be the female singer in their band, “The Rowdy Rough Boys and a Girl.”

“As 10-year-olds, we were playing all over Louisiana, doing all kinds of festivals and private events,” Faith said.

She recorded her first CD, “I Believe” at 12 years old and formed her own band by age 13. In the years since, she’s made several television and radio appearances on local news outlets.

George Becnel remembers the dreams Faith had as a little girl.

“When I asked what she wanted to be when she grew up, she said, ‘I’m going to be Hannah Montana.’ I said, okay, let’s maybe set some intermediate goals,” Becnel said, laughing fondly at the memory.

“But she’s stayed the course and developed her craft, and here we are 11 years later. She’s on the biggest platform in the world. As my hashtag would say, I’m a #ProudPapa.”

Becnel is especially proud of the respect his daughter has earned in the music industry on her own accord. Several of the artists she performs with are members of the Louisiana Hall of Fame who push her to reach the same great heights.