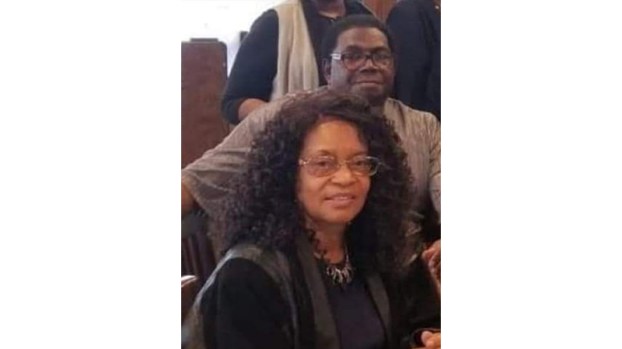 Reserve couple leaves legacy of service in the community

(Editor’s note 6/23/21: This story has been updated since first publication.)

RESERVE — More than one year has passed since the lives of Mary and Lee Belvin Jr. were tragically cut short by COVID-19, but locals won’t soon forget the way this couple fed and cared for people in their St. John the Baptist Parish community.

Lee passed away on April 1, 2020, and Mary followed him in death three days later. Just a few weeks earlier, Lee was driving around the neighborhood to deliver food with the Council on Aging in St. John Parish. While other drivers stopped delivering in the early days of the pandemic, he refused to give up on the seniors and wanted to make sure everyone had a meal.

Lee ended up catching COVID-19 and brought it home to his wife. Mary was the first to be transported to the hospital on an ambulance, while Lee was determined to remain home and stay strong for his family.

Sharon Belvin said her father fought hard for as long as he could, but once he stopped eating, it became clear he needed medical attention.

Lee passed away at 10:15 on a Wednesday, two days after he was put on a ventilator.

“Mama didn’t know Daddy was dead. We never told Mama,” Sharon said. “He died on 10:15 that Wednesday, and at about 11:30, they called us about Mama and told us she had a massive stroke to the brain because of the corona. They tried their best to save her, but she slipped into a coma around that Friday. They called us 10:15 a.m. that Sunday morning and told us she was gone.”

Mary and Lee were inseparable during their 55 years of marriage. Together, they served side-by-side in the ministry, feeding the community through the Second Harvest Food Bank and other local food pantries.

They were three years apart in age, and the family had recently celebrated their birthdays together with an annual “March Madness” tradition. As close as they were in life, it wasn’t a huge surprise to Sharon that they passed away three days apart from one another. She told her brother that they might as well plan for two funerals because their father wasn’t going to leave without his wife.

“I knew when he passed that he was going to wait on her. I told my brother, 55 years won’t leave 55 years behind. When he died, I guarantee you that he went to her and told her, ‘Mary, what’s taking you so long? Come on, I’m ready to go to Heaven,’” Sharon said.

Sharon shared some treasured memories of her parents, emphasizing what they meant to their family and the people of the community.

“We loved them, but God loved them best. I’m trying to tell that to my heart. They were some beautiful people. They loved to serve people, they loved to feed people, and everybody knew them. There’s not a state, parish or city that you could go to and mention their name and people not know who they were,” Sharon said. “They took care of everybody- clothed them, fed them. You name it, they did it. They had so much love in their heart for everybody. They never had nothing foul to say about anybody.”

Lee was the true pillar of the family. He loved people unconditionally, no matter who they were or the color of their skin. He was the king of boiling food, and the apron he wore while cooking at family reunions can never be worn by anyone else.

Lee was also a spiritual leader who served as a deacon at Greater New Plymouth Rock Baptist Church in Reserve. When Mary’s nephew got his own church, Second Mount Carmel Missionary Baptist Church in Sorrento, the family started attending church in Ascension Parish.

Everyone knew Lee as a jokester who loved to make people laugh.

“He was a joking kind of person. He didn’t care if you were in the mood. He was going to get you,” Sharon said.

She added, “My Daddy made a saying that we all lived by: a family that prays together, stays together.”

Sharon said her mother was more serious and had a humble spirit. It was difficult to say goodbye because she and her mother had been inseparable for as long as she could remember.

Mary was active in various ministries throughout her life. She served as the director of Vacation Bible School at St. John Baptist Church in Mt. Airy, directed the Mission Food Bank and Evangelistic Ministry at Greater New Plymouth Rock Baptist Church in Reserve, and served at the Second Mt. Carmel Missionary Baptist Church.

“If they were here, they would still be helping people. Everybody misses them,” Sharon said.

RESERVE — The groundbreaking for the construction of the West Shore Lake Pontchartrain Levee Project, initially scheduled for June 21... read more