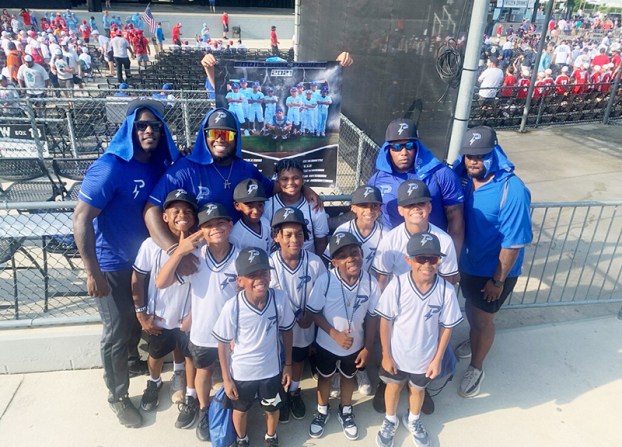 ORANGE BEACH, Ala. — The Louisiana Power 9U baseball team dominated at the 2021 Gulf Coast World Series and returned home with a championship ring.

The first-place finish represented a major win for Louisiana Power, especially since it was the team’s first time venturing to the World Series. The close-knit group of 10 boys have played ball together for most of their lives, and most of them hail from St. James and St. John the Baptist parishes.

Head Coach Keshawn Bullock said all of the boys performed well at bat during the World Series, which took place June 16-19 in Orange Beach, Alabama. Bullock named Brayden Robertson the Offensive MVP for the way he stepped up to the plate and answered the call when his team needed him the most. Meanwhile, catcher Kelly LeDuff was the Defensive MVP because he got the job done, even after getting hurt.

Louisiana Power lost only one game in Orange Beach before rallying together for a series of wins that paved the way to the championship win.

“The competition was good. It was what we expected. No game we played was easy, not even the one we won 17-5,” Bullock said.

According to Bullock, everything the coaches have preached this season came together during the World Series. The boys hit their peak, performed well and proved they had each other’s backs. They have earned the nickname “The Golden Boys,” and they enjoyed extra bonding time on the beach when they weren’t on the baseball diamond.

The River Parishes were well represented during the Gulf Coast World Series. The 9U Cane Cutters and Mud Cats, both from Paulina, took home wins in a separate bracket of the World Series. To submit photos or get your team’s story published in L’OBSERVATEUR, please email brooke.robichaux@lobservateur.com.

St. John Parks and Rec gears up for an active summer