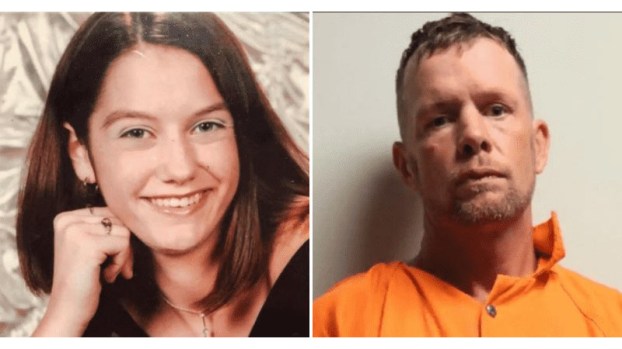 Arrest Made in 2004 Cold Case Murder of Courtney Coco

Through the persistence of a mother’s fight for justice, a podcaster’s refusal to quit, and scores of internet sleuths, an arrest has been made.

Our family would like to thank Woody Overton with Real Life Real Crime for investigating Courtney’s case when it was listed as a Cold Case and not being worked.”
— Stephanie Belgard – Courtney’s Mother

It was Detective Tanner Dryden who made the arrest, according to the release. He was assigned to the case in October 2018. What exactly led police to arrest Burns was not announced.

•About the Case and Investigation

On October 4, 2004, the partially-clothed body of 19-year-old Courtney Coco was found inside an abandoned building in Winnie, Texas, some 200 miles from her Alexandria, Louisiana home.

Her body was so severely decomposed that investigators could not determine a cause of death, but it was ruled a homicide.

A week later, Courtney’s 1999 Pontiac Bonneville was located in Houston, Texas. Her belongings, including the white lab coat she wore to her job at a dentist’s office, were still inside.

Initially, the case was investigated by the Alexandria Police Department and Rapides Parish Sheriff’s Office, but eventually, the investigators had exhausted all of their leads, and the case became a cold case.

Investigators questioned the individuals in possession of her vehicle but wouldn’t comment on whether they believed they were involved in Courtney’s death.

•A Case that Baffled Authorities

Courtney’s case has baffled many for years. She’s been featured in various true-crime shows and podcasts.

Exhausted by a lack of progress in her daughter’s case, Stephanie Belgard reached out to Award-Winning True Crime Podcaster Woody Overton.
Overton’s “Real Life Real Crime Podcast” has been described as a “cult following” Woody affectionately refers to as “lifers,” and Woody used that following through crowdsourcing to solve this murder.

With this information in hand, the Coco family thought law enforcement would arrest the suspects relatively quickly.

Unfortunately, this did not happen.

Mrs. Stephanie, her family, Real Life Real Crime, and Lifers spent 75 Fridays wearing pink or red before the arrest was finally made, April 13, 2021.

•A Mother’s Fight For Justice

Courtney’s mother, Stephanie Belgard, has never given up the fight to get justice in her daughter’s case.

Her persistence and the passion of one South Louisiana Podcaster caught the eye of Dateline’s online series “Cold Case Spotlight” in 2020.

She told Dateline in 2020 that she made a promise, and she intended to keep that promise.

“I know nothing can bring her back,” Stephanie said during the interview last year. “As a mother, I want to fix this. Sadly, I can’t. But I kneeled at her grave and made a promise to get justice. And I’m keeping that promise. I’ll get justice, and finally, she’ll be at peace.”

Stephanie has been fighting to get justice for her daughter ever since she received the heartbreaking call from an Alexandria Police officer on October 4, 2004.

Mrs. Belgard reached out to Woody Overton after hearing about his successful polygraph and consulting business and told him that she needed his help solving the case.

Mrs. Stephanie had reached out to Woody a few years earlier, but after their first phone call, she did not reach out again.
She explained to Woody that her local law enforcement convinced her not to use him as a private consultant on Courtney’s case years before. Now she had had enough and wanted answers.

Woody Overton hit the ground running and, in 7 short weeks, solved the murder, presented the information to law enforcement and turned over his evidence.
And that’s just boots-on-the-ground time.

Real Life Real Crime had already published eight episodes dedicated to solving Courtney’s Murder from as far back as 2019.
Today, with this arrest and the help of Woody and his team of internet sleuths, her fight for “Justice for Courtney” is one step closer to complete.

•Thanks from Mrs. Belgard

“Our family would like to thank Woody Overton with Real Life Real Crime for investigating Courtney’s case when it was listed as a Cold Case and not being worked.

He then solved her murder in only seven short weeks & turned over his findings to APD.

We thank Detectives Tanner Dryden & Carla Whitstine for agreeing to take this case & their many hours of hard work they put in to get us here and finally make the arrest our family has been waiting on.

We have the utmost confidence that Special Assistant DA Hugo Holland will get a full conviction, and Courtney will finally get the justice she deserved 16 years ago.”

Woody Overton, the host of Real Life Real Crime, has dedicated his life to protecting and serving.

As a young man, Woody enlisted in the Louisiana Army National Guard, where he became a sergeant and was a Nuclear Biological Chemical Warfare Specialist.

Woody began his career with the Louisiana Department of Corrections and Florida Parishes Juvenile Detention Center. Woody then transferred to Southeastern Louisiana University Police Department, where he served as a uniform patrol officer.

He then transferred to Livingston Parish Sheriff’s Office, where he was a deputy and served in the Uniform Patrol Division, the Special Response Team, and ultimately the Detective Division.

While in the Detective Division, he worked every type of crime imaginable. Woody became the first Livingston Parish Sheriff’s Office Detective to graduate from the Texas Department of Public Safety Polygraph School.

In 2013, Woody retired from his career in law enforcement. He then went into private practice as a polygraph examiner and defense consultant.

Woody then became certified in all United States Federal Courts as an Expert Witness in Law Enforcement Matters. He maintains his polygraph license and is Board Certified by the Louisiana State Polygraph Board (License # 414).

Woody is a successful book author and narrator and has participated in the publishing of five books to date. His unique voice has led to his narrator and podcast hosting success.

To learn more about Real Life Real Crime: The Podcast, visit their website or join their group on Patreon.

Louisiana launches a new initiative to spark a reading revival across the state.