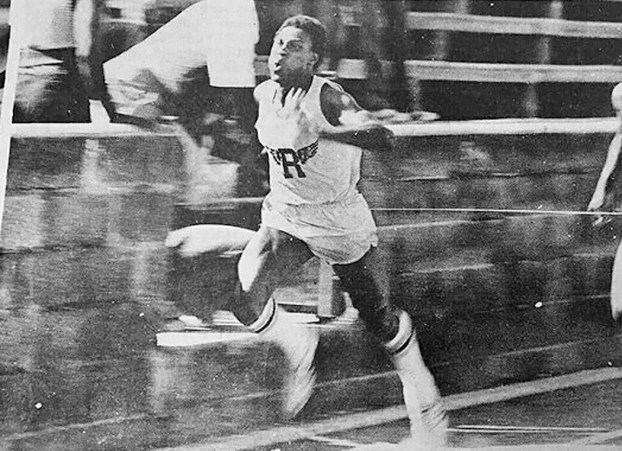 RESERVE — East St. John track & field coach Tedrick Henry asks the community to come out and show support for the Wildcats at the inaugural Kenny August Relays this Friday at Joe Keller Stadium in Reserve.
Field events will start at 3:30 p.m., while the running events are set to begin at 5:30 p.m. Riverside Academy, Destrehan, Hahnville, Edna Karr, John Curtis, Booker T. Washington, McDonough 35 and South Plaquemines are among the 14 teams that are hungry and ready to compete.

Henry said this track & field event was organized in honor of Wildcats assistant Coach Kenneth “Kenny” August, a former Leon Godchaux track star and a 2018 inductee into the Southern University Hall of Fame.

August grew up in the historic Woodland Quarters of LaPlace in a family of 13, and many of his childhood days were spent chasing after his older siblings. He followed in the footsteps of two of his older sisters by joining the Leon Godchaux High School track team. It wasn’t long before coaches took note of his abilities.

During his high school career at Leon Godchaux, August helped lead his team to numerous state championships as a middle distance runner. His brilliant performances in the 220- and 440-yard dashes led to MVP designations, highest point awards and attention from opposing teams.

Rudolph Dinvaut of Second Ward High School (now known as West St. John), Percy Duhe of Nicholls High School in New Orleans and Arthur Harper of Lutcher High School did not coach August, but they each contacted Southern University after seeing him in action. They called August and told him all would be taken care of at Southern; all he had to do was show up.

Despite never being directly recruited by Southern University, August arrived on the first day of school in 1975 with a four-year athletic scholarship that covered tuition, textbooks and housing. While in school, he left a legacy with a list of accomplishments that included a tie for the national record of 3 minutes, 0.3 seconds in the 4×400-meter relay.

August shared his experience with L’OBSERVATEUR when he was inducted into the Southern University Hall of Fame.

“You could always get a pat on the back from the people you compete against, not just your own team,” August said. “It makes you feel good when your peers respect you. I got a chance to meet a lot of interesting people who played professional sports.”

August also worked for 32 years at Marathon Petroleum Company, and he gives back by volunteering time at East St. John to help young athletes the same way coaches helped him.

This year’s track season at East St. John is shaping up to be successful. The girls team, made up of mostly freshmen and sophomores, has left each meet with a first or second place trophy. The Wildcats look forward to competing once again this Friday.

LAPLACE — There were four winners at the recently held Diocesan Basketball Free Throw Contest, sponsored by the Knights of... read more