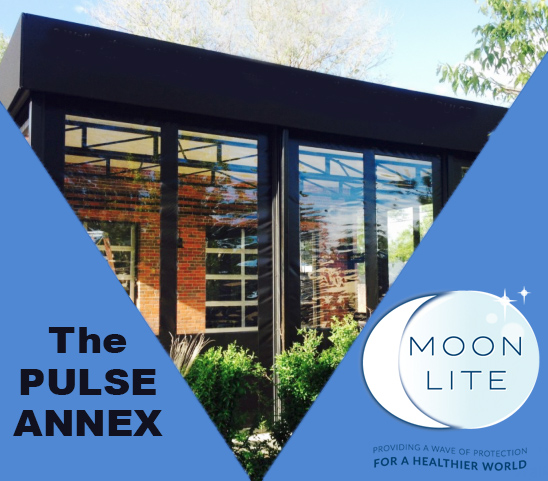 RESERVE — A division of a family-owned company based in St. John the Baptist Parish is unveiling cutting edge technology that can quickly and effectively obliterate COVID-19 and other pathogens.

The PULSE is a high-intensity UV light that pulses 100 times per second to destroy viruses and bacteria in the air and on surfaces.

The PULSE is a better approach to deal with airborne bacteria, viruses or fungus, according to Moon Lite representatives. As a radiation, UV light has been used to degrade DNA/RNA, but changing variables have left results questionable at best. Rather than degrading or dissociating the DNA, the high-intensity PULSE Light technology releases more energy to totally eradicate the DNA, RNA and cells of pathogens, including COVID-19, upon contact.
It all started with a family-owned business in the heart of St. John the Baptist Parish. Southern Chem founder Donald Boudreaux Sr., a lifelong resident of LaPlace, passed away peacefully on March 27 at the age of 89. After receiving bachelor of science degrees in education and chemical engineering, he started Southern Chem Industries in 1971, operating mostly out of his garage in LaPlace.

By 1983, Southern Chem started blending its own industrial cleaning products. Operations expanded and relocated from LaPlace to Reserve, while Southern Chem’s impact stretched far beyond Louisiana. Donald Boudreaux Jr. assumed ownership of the company in 2003.

As operations grew, Southern Chem continued to produce products for area oil refineries and the Louisiana sugar industry. The Moon Lite division of Southern Chem was launched in 2020 to delve deeper into disinfectant products outside of the industrial sphere.

“We started the Moon Lite Division because we were headed more into the retail arena and hospital arena, and it was far different from the industrial background that the company had developed over the years. I wanted to differentiate the two, and I brought Mike Levine on as president of the company,” Donald Boudreaux Jr. said.

Levine and Boudreaux worked on disinfectant technology geared toward water, which translated into new technology eradicating air and surface pathogens to meet the public’s needs during the COVID-19 pandemic.

According to Levine, the PULSE technology is versatile and comes in three different versions. It can be attached to a standard metal detector, in a handheld form, or in air returns to initiate a continuous loop of killing pathogens. The technology could be applied anywhere from airplanes, trains and ships to sports and entertainment venues.

The PULSE ANNEX is mobile and can either be run off of a generator or hardwire. According to Levine, it also has Wi-Fi capabilities. With eye protection provided, the PULSE ANNEX is a safe method of full-body sanitation that will soon be available to hospitals, governmental offices, military facilities and schools/universities.

“When you walk into the ANNEX, you walk through a metal detector, and on the metal detector right above you is the thing we call the PULSE,” Levine said. “The PULSE light pulses at 120 pulses per second, which literally obliterates the air pathogen or surface pathogen. This bright light is then put into the HVAC unit of the annex to continue a loop of cleaning the air, so we’re always killing COVID.”

While competitors take a minute to a minute and a half to sanitize using UV technology, PULSE destroys pathogens in the brief amount of time it takes a person to walk through the ANNEX.

Levine added, “There’s no harm to the body with this PULSE light. You wear reusable protective eye wear that were specially designed for the last solar eclipse. A handheld PULSE unit is used to sanitize the glasses. Once you walk through the ANNEX, you are given a thermal scan with a camera that is used to also have a historical scan of you so we know how many times you have entered the ANNEX.”

The military version of the ANNEX is built for harsh environments and can withstand winds of up to 170 miles per hour. There are also available security feature upgrades.

Reimbursement may soon be available for other versions of the ANNEX.

“If our annexes are purchased by a government entity or by university or school, there is actually legislation being passed that they would get fully reimbursed by the federal government for their purchase,” Levine said. “That is in Congress right now, and it should be passed by the time we release the ANNEX in April.”

Once a person steps out of the ANNEX, an environmentally friendly product called hypochlorous acid (HOCl) is used to fog the rooms and further disinfect the space. Because HOCl has no charge and has a relatively low molecular weight, it is better able than other chlorine-based disinfectants to penetrate the cell walls and has become the chemical of choice for wiping down surfaces.
According to Boudreaux, the PULSE technology is also applicable to disinfecting water, meaning it can address global water quality concerns. Moon Lite will also present its technology at the largest water show in the world, WEFTEC, taking place in Chicago this October.