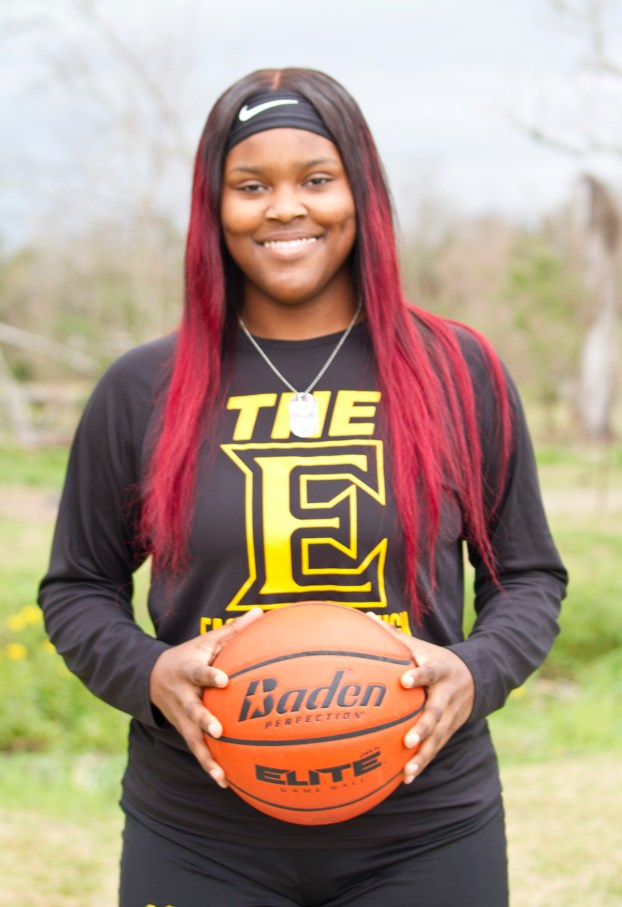 The 2020-2021 season brought more accolades for Matthews, who recently surpassed 1,000 points for her high school career. The milestone achievement came in the last regular game season against Central Lafourche.

Matthews ended her sophomore season with 1,041 points after a memorable playoff game against H.L. Bourgeois, where she had 32 points, 19 rebounds, two steals, four assists and went 11 for 14 from the free throw line.

Head coach Stasha James said that in the past 15 years of East St. John basketball, only about 10 girls have surpassed 1,000 points.

“It’s very uncommon, especially as a sophomore,” James said. “It’s an outstanding achievement, and I would say by the time she completes her senior year, she will have over 2,000 points.”

Matthews is well on track, ending the 2020-2021 season with an average of 22 points, 11 rebounds, two assists and three steals per game.

Matthews has played basketball since she was 7 years old. She started out playing on rec teams in Kenner, and her favorite part about the sport is the friendly competition.

James described her as “very coachable” and “aggressive on the court.”

“She brings a tenacious attitude to the team,” James said. “Sometimes when her and I go at it, she thinks she can beat me. Maybe she wants bragging rights, but I think that’s pretty cool that she tries to go up against me because it shows how competitive she is.”

Knowing her potential helps Matthews push past her comfort zone. Yet, she remains humble about her college offers and her 4.0 GPA which she has maintained every semester since seventh grade. Balancing academics and sports has never been a challenge for her, and she eagerly takes on more responsibility.

This year’s Lady Cats squad had only one junior and one freshman. The rest of the team was comprised of sophomores, allowing Matthews the chance to step into a leadership role at a young age.

Matthews said the East St. John girls’ basketball team is special because everyone gets along.

“I think my strengths are scoring and trying to get my teammates involved,” Matthews said. “I want to win a championship and become a better leader. A good leader is somebody that holds everybody accountable; someone the coach can trust when they are not around to hold everyone to a high standard and do what’s right.”

When Matthews imagines her future, she sees herself playing college basketball. The only question is what the school name and colors on her jersey will be.

“I’m not necessarily sure what school I would like to attend,” Matthews said. “I’m mainly focused on where my style of play would be most beneficial, but most importantly I want to attend a school that has a family atmosphere because I am big on family, and having my family attend my games is important to me.”

Family is never far away. Next year, Matthews’ little sister will join the East St. John Lady Cats team as a freshman.

Matthews is also grateful for the support of her mother, Latkeith Dennis.