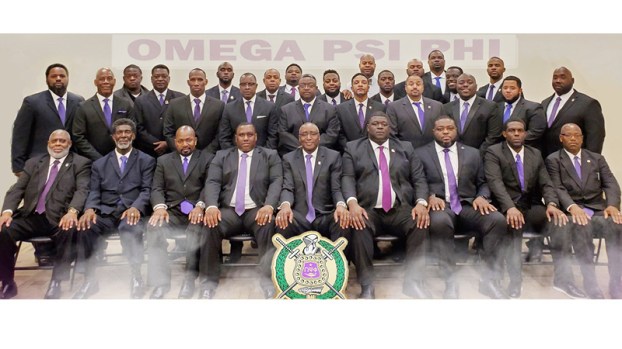 The Omega Psi Phi Fraternity Inc. Phi Iota Iota Chapter was chartered in the River Parishes in December 1992 and remains active in the community today.

LAPLACE — Founded in 1911 in the halls of Howard University, the Omega Psi Phi Fraternity Inc. name was derived from a Greek phrase meaning “friendship is essential to the soul.”

The men of the Phi Iota Iota Chapter of the Omega Psi Phi Fraternity Inc. have encompassed that motto while serving the River Parishes for the past 28 years. The local chapter recently celebrated its anniversary and reflected on nearly three decades of being a steadfast community partner.

Stanford Williams, vice president of the Phi Iota Iota Chapter, said the men of the fraternity put their boots on the ground year-round throughout St. Charles, St. John the Baptist and St. James parishes.

It all starts in January with the annual Martin Luther King Jr. Day march and rally.

“We partner with the organizers of that march,” Williams said. “With COVID-19 this year, there may not be a march, so our chapter will highlight a deserving community member who has exemplified the principles and the work of Dr. King.”

“Normally we would bring the chapter into the high school to do Quiz Bowl and give the participating students gift cards based on their placement,” Cook said.

Omega Psi Phi is also known for promoting blood donation as a fraternity-wide initiative in recognition of member Charles R. Drew (1904-1950). Drew was known as the father of blood banking, and he created the transfusion process that is required every two seconds in the United States.

The local chapter traditionally holds a blood drive while assisting with Eliza Eugene’s annual Blessed to be a Blessing Backpack Extravaganza. With COVID-19, that changed to hosting a year-round blood drive where anyone can participate by using Omega Blood Bank code J806.

Regardless of the donation site, anyone using this code will help the Phi Iota Iota chapter reach its annual blood donation goal. Donations are especially needed during this time because of the increasing number of hospitalizations locally and nationwide, Williams and Cook said.

While not hosting a blood drive on site, Williams said the Phi Iota Iota chapter will continue to assist with the Backpack Extravaganza, both in monetary support and in the distribution of supplies for St. John the Baptist and St. Charles Parish students.

The men in the fraternity have provided mentorship to middle school age boys in the River Parishes, most recently engaging the children at Harry Hurst Middle School in Destrehan. Each October, the Phi Iota Iota Chapter opens a scholarship essay contest to seniors in St. John the Baptist, St. Charles and St. James parishes.
When the holiday season rolls around, the fraternity members are ready to support the underprivileged. 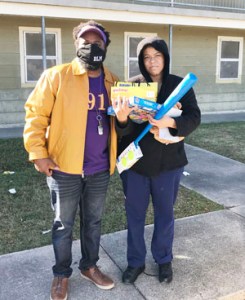 “Every Thanksgiving, we always give out a turkey and a basket with canned goods and other items to families in need to make sure they at least have a warm meal for Thanksgiving,” Williams said. “Likewise for Christmas, we give a turkey away, in addition to doing a toy drive every year.”

“We did that out of seeing the need within the parish and the community, so this year, in addition to the toys, we wanted to do gift cards,” Cook said. “They may need more help with being able to pay for necessities or put food on the table.”

The Phi Iota Iota Chapter also promotes voter registration and mobilization within the River Parishes. The goal is not only to get people to the polls, but also to educate voters and make sure they are paying attention to the entire ballot.

Another initiative involves health, especially as it relates to screenings for hypertension, prostate cancer and heart disease.

“If you are not physically well, you cannot benefit the fraternity or the community,” Williams said.

EDGARD — There’s no feeling quite like the exhilaration of stepping onto a runway, being on a film set or... read more