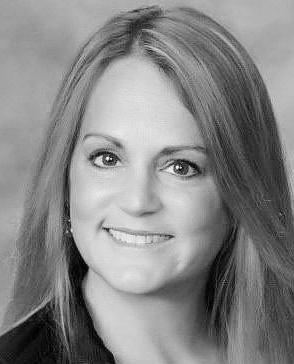 No Baby Boom this year; the virus has put a damper on pregnancies

We’re fast approaching the ninth month of the COVID-19 lockdown and if we were going to see a coronavirus Baby Boom this year, it would be starting now, says Rebecca Weber, CEO of the Association of Mature American Citizens.

Weber notes that the term, Baby Boomers, became part of the vernacular at the end of World War II. As discharged soldiers returned home after years of deprivation there was a surge in the number of births. Almost 77 million newborns were added to the population in the U.S. — 40 percent of the American population at the time.

Ten thousand Baby Boomers turn 65 years of age each and every day; they make up the segment of the U.S. population born between the years of 1946 and 1964.

Will we see a similar spike due to the self-isolation required as a result of the coronavirus outbreak of 2020? When the notion of self-isolation was becoming a reality, the speculation was that potential moms and dads were going to have a lot of alone time on their hands and they would probably be spending more time in the bedroom, triggering another Baby Boom. But it’s not likely to happen. In fact, the experts are predicting a sharp decline in births. The Brookings Institute, for example, predicts that next year there will be as many as half a million fewer babies born and it is because of the COVID crisis.

“Perhaps the post-war Baby Boom happened because the newfound peace served to motivate all of those Rosie the Riveters to start or increase the size of their families but the pandemic is likely to have had the opposite effect. We must also consider the fact that modern day moms are not like the stay-at-home moms of yore. They don’t rely on a ‘breadwinner’ because they are breadwinners themselves and COVID-19 inspires angst rather than romance,” says Weber.

The Brookings report, which cites the Spanish Flu of 1918 and the Great Recession of 2007-2009, seems to corroborate that notion. The report states that “an analysis of the Great Recession leads us to predict that women will have many fewer babies in the short term, and for some of them, a lower total number of children over their lifetimes.” It also notes that a “drop in births that resulted from the Spanish flu was likely due to the uncertainty and anxiety that a public health crisis can generate, which could affect people’s desire to give birth.”

Sian Beilock is a scientist who focuses on performance anxiety. As she put it in a recent article in Forbes magazine: “The sudden closure of schools and daycares, forced many of us to unexpectedly take on the roles of teacher and caregiver while continuing to work fulltime. And pre-pandemic government data indicate that women were already spending about twice as much time as men on childcare and household chores … Right now, women are overburdened by invisible labor and no one can predict what the ‘new normal’ will look like over the next few years – that’s why many who were considering parenthood in the near term have had second thoughts.”

The 2.3 million member Association of Mature American Citizens is a vibrant, vital senior advocacy organization that takes its marching orders from its members. AMAC Action is a non-profit, non-partisan organization representing the membership in our nation’s capital and in local Congressional Districts throughout the country. The AMAC Foundation (www.AmacFoundation.org) is the Association’s non-profit organization, dedicated to supporting and educating America’s seniors. Live long and make a difference by joining us at www.amac.us/join-amac.

A Thanksgiving to remember

I’ve written many Thanksgiving articles over the years and have repeated a few that I thought were better than others.... read more