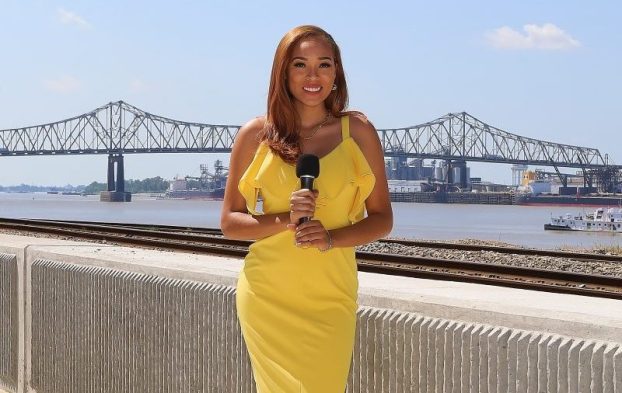 RESERVE–Raykael Morris ended 2019 with a Bachelor of Arts degree in Communication Studies from Louisiana State University in her hand and the dream of hosting a national television show in her heart. 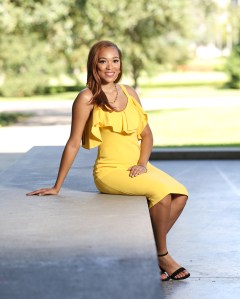 “A year ago, I wouldn’t have believed that after graduation I would be home during a pandemic,” Morris said. “I thought I might be in another city, with my own apartment, and my first post-college job.”

Instead, Morris, who broadcasts her radio show On the Raydar (WHIV 102.3 FM) from her home in Reserve, is a spokesperson for Let’s Go Fly Academy, and recently became a co-host for the Black Girls in Media podcast.

“If I would have lived my plan, I probably wouldn’t have auditioned for Black Girls in Media,” Morris said. “But now I am a part of a national podcast with over 50,000 followers.”

Her journey to the co-host seat began in June when Morris submitted her resume and portfolio. Hers was one of over 200 submissions, and in August she was asked to submit an original 60-second video. The video was a family effort, andMorris said that she had the amazing support of her parents, Raydel and Dawn Morris.

“My dad gave me the idea of paying homage to Black women who have paved the way in media. My mom helped me choose the songs,” Morris said. “I hung a blanket on my wall as a background and filmed myself.”

The family stayed up until 1 a.m. suggesting changes and editing the film. That video earned her a spot in the final round of the contest, and when the public votes had been counted, Morris was selected as one of the three co-hosts.

“I couldn’t believe it,” she said. “I was overwhelmed. I put my parents on a three-way call to share the news.”

Morris said she is excited to represent not only Louisiana, but the South on the podcast as the other two co-hosts are from New Jersey.

“We’ve aired the first show,” Morris said. “The title is Delayed but not Denied. My mom suggested that title.”

Followers will note that Morris uses the name Kelly Ray on the podcast. This, too, was her mom’s suggestion.

“The summer before I started LSU, my mom and I were sitting in church playing with my name,” Morris said. “She grabbed an offering envelope, wrote Kelly Ray on it, and said, ‘This is what you should go by.’”

Her college friends know her by Kelly Ray, while her friends from Reserve Christian School and St. Charles Catholic, people with whom she maintains contact, call her Raykael.

Her resume includes working at several news and radio stations, writing for The Reveille newspaper, and hosting many festivals and award shows. She said that hosting is her main love and she particularly enjoyed hosting the entire weekend of the 2019 Andouille Festival.

“I’d love to host World of Dance,” she said.

Morris is currently looking for opportunities to be a spokesperson for a Louisiana business. In addition, the Black Girls in Media podcast is accepting support from sponsors. For more information, interested parties can contact her at kellyrayinfo@gmail.com.

LAPLACE—St. John the Baptist Parish’s Code of Ordinances, which has come under intense criticism for being too unwieldy, inconsistent and... read more