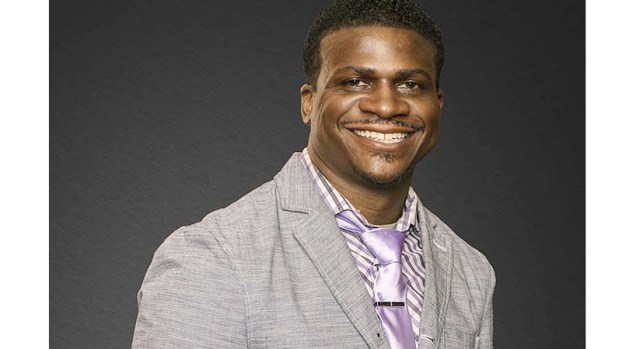 Baton Rouge native Aaron Williams is the writer, director and producer of “The Perfect Mate.”

EDGARD — Harvest Time Christian Center in Edgard is hosting drive-in movie nights, giving vulnerable members of the community a safe way to get out of the house while the younger generation experiences the nostalgia of the past.

Locally produced film “The Perfect Mate” was set to hit AMC and Regal theaters, but plans changed when the COVID-19 pandemic stole the traditional movie-going experience. It is being shown to audiences for the first time on a 40-foot inflatable screen with a 200-pound projector and an FM radio transmitter to create the perfect audio and visual experience from the comfort of a car.

“The Perfect Mate” will be shown at 8 p.m. September 18 and 19 in the Harvest Time Christian Center parking lot, located at 1295 Highway 18 in Edgard. Admission is $25 per car. Car hoppers will bounce from car to car to serve popcorn, soft drinks, water and pre-packaged snacks.

Tickets are available online at www.theperfectmatemovie.com.

Harvest Time director Aneka Moll said the church is pleased to present an event where the community can come together in fellowship while adhering to social distancing guidelines.

“We thought it was something good to bring to the area being that people can’t really go anywhere right now,” Moll said. “We do a lot of outreaches at our church for the senior citizens. The people who don’t want to leave the house can come and watch the movie in their car. It even has something for the newer generation; we haven’t experienced an outside theater. It’s something different.”

“The Perfect Mate” is a family friendly comedy with Christian themes. The movie was directed and produced by talented Baton Rouge native Aaron Williams, and it features a mix of celebrity and local talent.

Brittany Lucio plays Hope Adams, a young woman who wants nothing more than to please her parents by bringing her perfect Christian fiancé home for the weekend. The only problem – her fiancé dumped her the day they were supposed to leave to meet her parents. Hope enlists the help of Uber driver Jesse James (Chico Benymon) to pose as her fiancé for the weekend. Comedy ensures, along with some valuable life lessons. 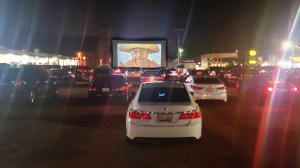 New romantic comedy “The Perfect Mate” is being shown in a drive-in format at churches across the United States. The drive-in is coming to Edgard Sept. 18-19.

“He didn’t know her fiancé was an upcoming pastor. Meanwhile, he was the epitome of everything ungodly. He was stuck in a relationship and trying to fake that he’s everything he’s not,” Williams said. “In the process, he begins to realize the family is not just a bunch of religious freaks, as he would say. They just have more of a relationship with God. They really believe in cultivating relationships. From watching this family, he begins to learn and change his ways.”

Williams said the movie isn’t “preachy,” but it does have strong morals providing an escape from the hate, anger and promiscuity that perpetuates the media and the film industry.

“I wanted to do something that was fun and light that got rid of the negativity that we’ve seen everywhere,” Williams said.

Williams’ path to the film industry started with music. He took up playing the piano at 17 years old as a coping mechanism in the wake of his parents’ divorce. The music soothed his father’s temperand brought a sense of peace to their household.

Williams started his own music studio at age 17 and landed a partnership with MTV after running commercials with a local cable company. He realized the commercial editing process was similar to the music editing process.

Hungry to learn more, Williams started watching movie credits and reached out to the people who did special effects. He took classes and became proficient at numerous industry-grade programs. By age 19, Williams had started his first TV show, BR Unplugged.

In the years since Hurricane Katrina, Williams has purchased three TV stations, started a digital platform and has produced, directed and edited more than numerous titles.

His vision for “The Perfect Mate” is to tour the country for at least six months, bringing the drive-in movie set-up to as many states as possible. The first week of shows attracted 127 cars, and there are many more to come.

Williams said giveaways will be held in the parking lot. Participants will also have an opportunity to download a free relationship study guide that ties into the themes of the film.

Community outreach has been a priority at Harvest Time Christian Center since Edgard native Eldridge Moll founded the church in October 2000. The church was initially located in Hahnville. However, Moll was led in his heart to bring the church to his hometown in 2010.

Prior to ministering full time, Eldridge Moll served as a road deputy and corrections officer in St. John the Baptist Parish for 16 years. He and the members of Harvest Time Christian Center connect with the community through a variety of outreach ministries, including “Marriages that last,” a mentoring program, a singles ministry, seasonal events and food distributions.

Since the start of the COVID-19 pandemic, food distributions have been held monthly at West St. John High School in partnership with Second Harvest Food Bank.

“Just because we are a small place doesn’t mean we can’t do big things,” Aneka Moll said.

RESERVE — The St. John the Baptist Parish School Board voted Thursday to alter school start dates for the 2020-2021... read more