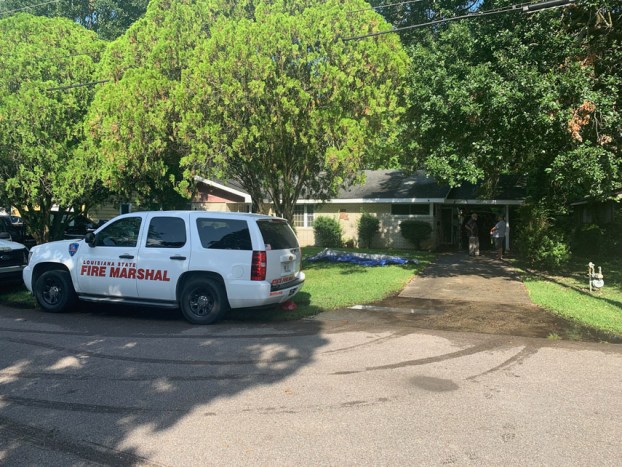 NORCO — State Fire Marshal deputies are investigating an early morning house fire in Norco that claimed the life of the elderly male homeowner.

Around 6:45 a.m. on Friday, August 14, the Norco Fire Department responded to the 400 block of Pine Street for a report of a house fire. When firefighters arrived, they learned a neighbor, who is also a volunteer firefighter, had located the 86-year-old homeowner sitting up against his screen door, unconscious, and pulled him from the house before calling 911. The homeowner was later pronounced dead on the scene.

The official cause of death and identification are pending an autopsy by the St. Charles Parish Coroner’s Office.

After an assessment of the scene, SFM deputies determined the fire began in the kitchen. During the investigation, SFM deputies discovered home surveillance video that showed the fire start around 4:30 a.m. in the area of the kitchen table. However, the exact cause and ignition source is still under investigation while deputies attempt to determine if an unattended candle or storage of flammables in the area of origin could have been contributing factors.

The fire has been classified as accidental.

State Fire Marshal H. “Butch” Browning wants to remind all Louisiana residents to always extinguish candles when leaving the room where they are burning and to make sure candles are placed several feet away from combustible materials. In addition, it is recommended that flammable materials be stored separately from potential ignition sources, including batteries and chemical substances.