WALLACE—Detectives with the St. John the Baptist Parish Sheriff’s Office are investigating a shooting that left a man and two juveniles injured.
At about 9:30 p.m. Tuesday, July 7, officers responded to the area of West Sixth Street and Highway 18 in Wallace in reference to a subject shooting at a vehicle. Upon arrival in this area, no victims or vehicle were located. As officers continued to investigate the area of Highway 18 towards Vacherie, they were flagged down near St. Philip Street in Vacherie by a male who had been injured in the shooting. The male, 23, had a graze wound to the back. Inside the male’s vehicle, officers located a 4-year-old boy with a gunshot wound to each of his legs and his arm, and a 13-year-old girl with a gunshot wound to the hip.
Three other passengers, a 28-year-old female, a 34-year-old female and an 8-year-old boy, were uninjured. The male’s vehicle had several bullet holes to the driver’s side and driver’s side front tire.
Emergency medical services arrived on scene and transported the victims to a Baton Rouge hospital for treatment. The male was treated and released. The juveniles are in stable condition.
The 23-year-old male victim told officers that he was leaving Amp Circle in Edgard, headed towards Vacherie when a subject in a gray Nissan Altima started shooting at his vehicle. As the male turned on St. Philip Street, the suspect vehicle fled in an unknown direction.
Anyone with information about this shooting is encouraged to call the St. John the Baptist Parish Sheriff’s Office TIPS line at 985-359-TIPS or the Criminal Investigations Division at 504-359-8769.
Citizens can also submit tips on the Sheriff’s Office website at 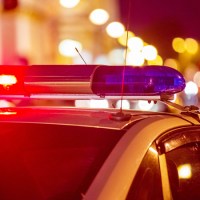 WALLACE — The German Coast Preservation Guild, a local nonprofit group, has a goal to sell 50 T-shirts to help... read more