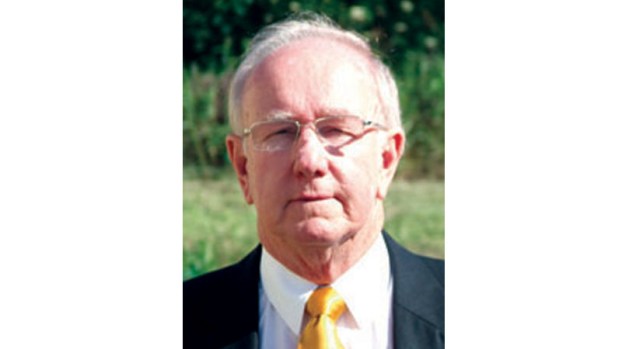 Keller: We can learn from the God-fearing men of the past

America is considered a young country. In fact, on July 4, it will only be 244 years old. It’s shocking to see how far we’ve allowed this once-great nation to drift from God in such a short time.

Yes, we are still considered the most powerful nation when we war against other countries, but we are losing the battle from within our boundaries. Drugs, illicit sex, crime, violence, materialism and the entertainment industry are among our worst enemies.

According to an anonymous statement I read years ago, the things that are destroying this once-great country, and I agree, are politics without principle, pleasure without conscience, wealth without work, knowledge without character, business without morality, science without humanity and worship without sacrifice.

Maybe our leaders of today should learn a lesson from God-fearing men of the past, such as, George Washington and Benjamin Franklin, who prayed daily and relied on the Bible for wisdom and direction.

The men who wrote the Declaration of Independence were God-fearing, Christian men who sacrificed everything for the sake of freedom. Their intentions were unselfish and honorable, wanting only the best for every human being. I wonder what our founding fathers would think of the conditions that now exist in our society?

On June 28, 1787, the Constitutional Convention was on the verge of complete rupture. For over a month, the delegates wrestled with the issue of representation with no breakthroughs, and now patience was wearing thin and emotions were on edge.

George Washington, presiding over this assembly, began to despair of seeing success in the Convention. Then the oldest delegate in attendance, Benjamin Franklin, asked permission to speak.

He said, “The small progress we have made after four-to-five weeks… with each other…is a melancholy proof of the imperfection of the human understanding… In this situation of this Assembly, groping as it were in the dark to find political truth, and scarce able to distinguish it when presented to us, how has it happened, Sir, that we have not hitherto once thought of humbly applying to the Father of Rights to illuminate our understandings?

“Have we forgotten this powerful Friend? Or do we imagine we no longer need His assistance?

“I have lived, Sir, a long time, and the longer I live, the more convincing proofs I see of this truth: that God governs in the affair of man.”

Today, George Washington and Benjamin Franklin would be labeled as theReligious Right.

I pray for the return of righteous men like Washington and Franklin. Happy Birthday, America!

Did you know that cauliflower waffles are guilt-free and fun to eat?  If you are looking for ways to increase... read more