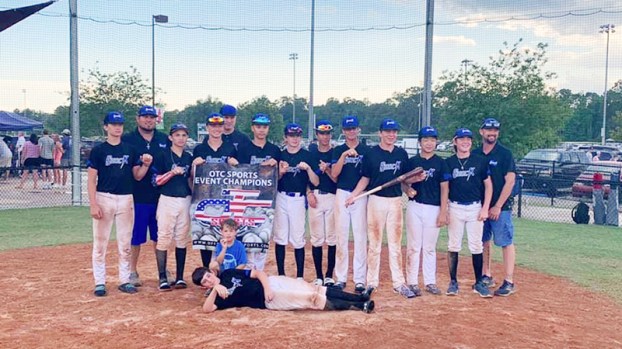 DESTREHAN —Pitted against fierce competition from across the state, young athletes on the Louisiana Shock 14U travel baseball team are well prepared to take high school by storm.

Coach Ross Martinez said the Shock is special because of the bond that has formed between the teammates. The young men have grown up playing ball together from the time they were kids, and their abilities are a testament of the talent that lies in the River Parishes. 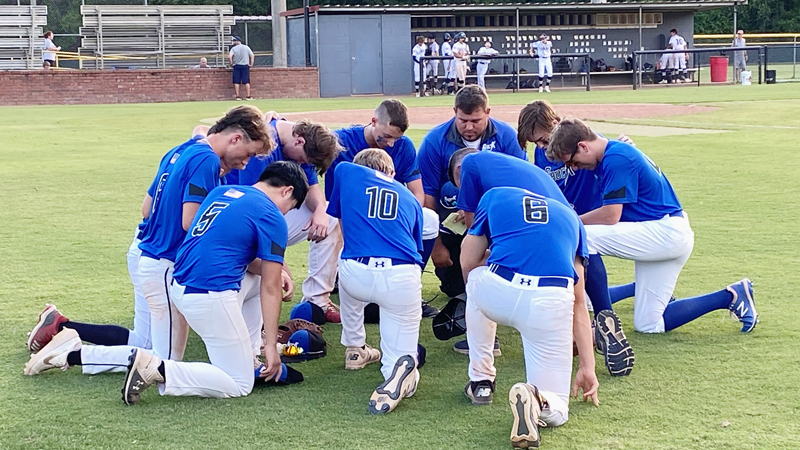 The Louisiana Shock 14U travel baseball team huddles in for a prayer during a tournament.

The Shock entered the week with an impressive 15-4 record to show for what has been an unusual season. Games started in February and came to an abrupt halt in March with the statewide COVID-19 shutdown. Travel ball resumed around Memorial Day weekend in May as regulations began to let up, and the Shock plans to power through the summer with new safety protocols.

“We’re still playing weekend tournaments,” Martinez said. “The stands have been taken out of the parks. We have to sanitize the dugouts before and after each game, and there are no handshakes with other teams. That’s about it. Other than that, everything else is back to normal.”

Other local travel teams include the Louisiana Pride, based out of Luling, and the West Bank Hurricanes from Marrero. Most of the other teams in the travel ball league are from the Baton Rouge area. According to Martinez, many of the tournaments have taken place in Zachary, St. Francisville and Hammond. 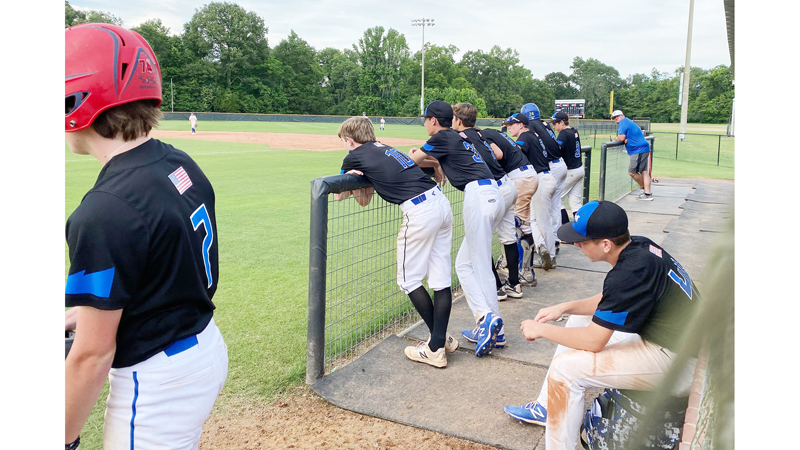 Dugouts must be sanitized between each use in accordance with new COVID-19 safety guidelines.

Shortstop Walker Dew said his favorite tournament this season was Memorial Day weekend. The Shock played half a game on Saturday before it was cancelled due to a thunderstorm.

“We came back on Sunday, played our hearts out for six games, 12 hours, and won the championship! It was the best weekend ever!” Walker said.

The Louisiana Shock will travel to St. Francisville once again this weekend to compete in a baseball tournament. Martinez said the guys work well together as a team and communicate well on the field. However, there is always room for improvement.