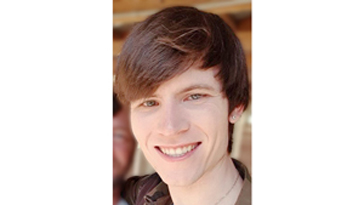 Speeding down Old Highway 55, en route to Garyville to interview an old friend who is now part of a local band called Silver Dose, I had no idea what the energy would be. I needed to prepare myself for anything in regards to the COVID-19 pandemic that has ripped across America.

When I finally arrived at Mason Mollere’s house, he was outside, but I could not greet him with a handshake. I couldn’t even properly display affection toward my friend and fellow musician out of concern for our health.

A question sputtered out of my mouth. I was curious as to how the group has connected with the community since this all began in early March.

He responded that they’ve used Skype to play music together. Guzz, the guitar player and singer, uses a click track, and they all jam together remotely. Silver Dose’s bassist, Jordan Tamplain, recently performed indoors on an Internet podcast, and touring will all be online for the foreseeable future.

I paced around the porch of my friend’s house. I had a secondary reason for visiting Mason, which was to pick up the rest of my belongings from when he allowed me to live with him from October through December. I told him how much I appreciated his true friendship and kindness, saying, “We need more people like you in the world. I like your energy and your optimism despite the virus, which is taking a toll on the economy for not just music but for people’s lives and well-being.”

Mason replied, “The thing about human endurance is that we have the ability to adapt, and that is what Silver Dose is doing. There will likely be a new normal and, since you asked, I will say that we will make it through. We additionally hope to inspire and motivate other bands to make it as well through our optimism and willpower.”

That same day, a local reminded of the new normal when I walked into a Valero gas station in Reserve. I was greeted by two men warning people of the evident danger of not properly wearing a mask. One of the men reminded me to stick together with the fellow humans I share the world with.

He told the woman behind the counter to wash her hands and make me any drink I wanted. “Root beer,” I said, kindly.

The man then told me the effect COVID-19 had on his family. His brother-in-law is sick with the virus due to his family initially disregarding precautions and going out in public anyway.

In 1918, there was the Spanish flu that claimed 50 million lives globally and nearly 400,000 in the U.S. alone. Why? Lack of preparation. We must obey the rules of the government, in my opinion. We have already seen so many perish; stay inside unless you must work or have to leave due to a medical reason. This is a time for creative people to create and for adventures and friendships to start via Internet forums. I am a musician myself, and like Mason, I am looking for positive ways to spread my music.

Daniel O. Bailey grew up in LaPlace and currently resides in Madisonville. He maintains a strong connection to the River Parishes and yearns to bring positive change to the community one small wavelength at a time, whether through writing or music. He can be reached at danieloproductions@gmail.com.

Hurricane Preparedness Week was last week but it is not too late to make preparations. As we head into the... read more