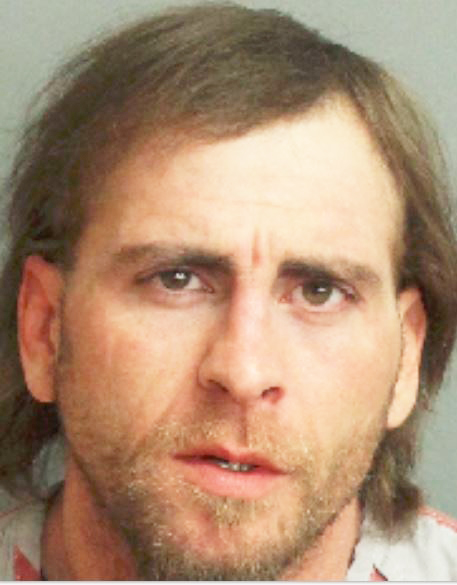 NEW ORLEANS —Aaron Dun, wanted for home invasion and other charges in LaPlace, was arrested Thursday in New Orleans by the U.S. Marshals with assistance from the Louisiana State Police and the New Orleans Police Department.   Dun was seen near the Walgreens on Broad Street, where he led officers on a brief foot chase before hiding under a nearby home. Dun surrendered after the K9 unit was brought in.

According to St. John Sheriff Mike Tregre, Dun, 33, was involved in a pursuit with state police shortly after midnight on May 5. Louisiana State Police saw a red Kia Soul, reported stolen from Alabama, traveling eastbound on Interstate 10 near mile marker 200 in LaPlace.

State police attempted to make a traffic stop, but the driver refused to stop. During a brief pursuit, the driver exited at Belle Terre Boulevard then crashed the vehicle on Foxwood Lane and fled on foot from the vehicle into the woods toward Sugar Ridge Drive, according to a news release issued by the sheriff’s office.

Shortly after, officers responded to the 2000 block of Sugar Ridge Drive in LaPlace in reference to a home invasion, kidnapping, and armed robbery incident. When deputies arrived, they learned a 73-year-old female victim was inside her residence with her 93-year-old mother, and a 7-year-old child when an unknown male, armed with a knife, forced entry inside the home.

Through investigation, detectives learned Dun was the driver of the stolen vehicle involved in the pursuit and developed him as the suspect in the home invasion, kidnapping and armed robbery.

The information is provided pursuant to the Public Records Act. Nothing contained herein is intended to imply or infer the... read more