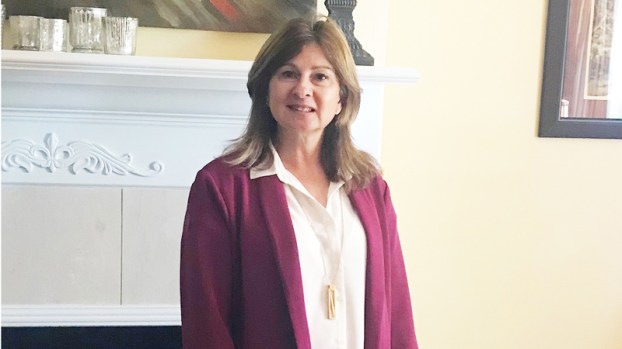 Danette Brignac is the author of the educational “Ricki the Writer” book series. Her pen name is Lynne Brig.

LAPLACE — After suffering from a stroke, LaPlace native Danette Brignac was left with a cognitive deficit that made it difficult to learn.

The impacts were thankfully temporary, but it gave her insight to the frustration children feel when they struggle to master new concepts in the classroom.

Her pen name, Lynne Brig, is easy for elementary age children to read, much like the text in her books.

“As a teacher in the classroom, I saw children struggle to learn new concepts. I thought of a way to make learning a new concept fun, especially in today’s world,” Brignac said. “Teachers are competing against video games and children who don’t want to sit still. This gets children out of their desks and involved in the classroom.”

The books and accompanying activities are geared toward first through third graders. However, Brignac has heard that middle school students often benefit from a refresher on the parts of speech as they begin writing essays.

Brignac’s debut book, released in 2016, was titled “Ricki the Writer Writes Nouns in ‘The New Neighbor.’” All nouns in the book are highlighted in blue for easy identification.

The book goes beyond teaching children that a noun is a person, place or thing and helps them identify nouns that are common, proper, singular, plural and possessive.

To help hammer down these concepts, children in the classroom or at home can play a game called “Zap.” The game encourages children to identify nouns to describe a person place or thing.

Correct answers can earn a prize from a treasure chest and place the child one step closer to winning the game. Pulling a stick labeled zap, however, will put them one step back and encourage friendly competition among classmates.

“Kids are naturally very competitive, and this makes it fun for them,” Brignac said. “They are not only hearing it. Children retain 90 percent of what they do.” 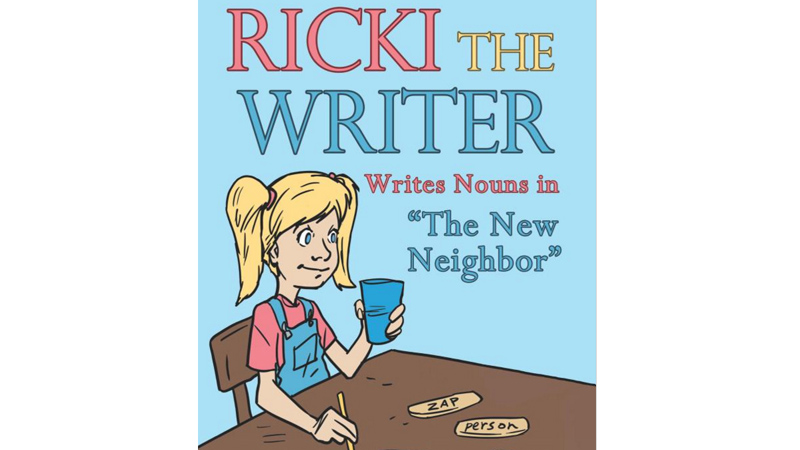 The first book in the Ricki the Writer series focuses on nouns.

In Brignac’s second book, “Ricki the Writer Writes Verbs in ‘Let’s Play Ball,’” children identify action and “being” verbs emphasized in green text. In the accompanying game, children catch a beach ball labeled with the words past, present, future, action and being. How they catch the ball determines what type of verb they will name an example of.

Brignac has visited John L. Ory, Emily C. Watkins, St. Joan of Arc and other schools in the region. A lot of teachers have purchased her materials, and the children who participated in the games always asked to play again.

According to Brignac, there has been an increased demand for Ricki the Writer since COVID-19 forced the closure of schools earlier this spring.

“Moms have become teachers to their children, and I’ve had more people emailing me for worksheets, game instructions and lesson plans,” she said. “The books have actually helped people with the current situation.”

Learning is a process enforced through practice, Brignac said. She encourages parents to read aloud to their children until they can read independently.

In the future, Brignac hopes to release books on adverbs, prepositions, pronouns, conjunctions and interjections with respective games to enforce the lessons.

“I think it’s very important for children to have these skills as they learn and mature into writers and readers,” Brignac said.

The Ricki the Writer series can also be beneficial to children learning English as a second language.

Please contact Brignac at brignadm@gmail.com for worksheets, game instructions and lesson plans to accompany the Ricki the Writer books.

Books can be purchased online through Barnes & Noble or Amazon. Hard copies and e-books are available.

RESERVE — More than 20 police units lined the front of the Veterans Home in Reserve Wednesday afternoon as people... read more