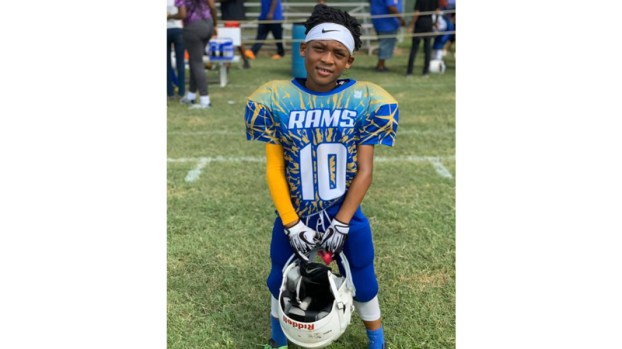 LAPLACE – While schools are closed to stop the spread of the coronavirus, 8-year-old Brayden Robertson dedicates his time to perfecting a football training regime in his backyard.

The Ascension of Our Lord third grader was one of only 25 across the nation selected to represent Team USA in a competitive football game against Team Canada this Fourth of July weekend in Chicago, Illinois.

Also attending the game is 9-year-old Kingston Blackburn of Ascension Parish, who was featured in last year’s Team USA vs. Mexico game.

The 25 players on Team USA were selected as the best of the best by scouts who watched more than 500 highlight tapes of young athletes across the country. Brayden’s father, Brad Robertson, said his son has been training since he was 3 years old. From the time he was old enough to walk and talk, football coursed through his veins.

“He was really excited to find out. After we got the email confirmation that he was selected, he made me put on my shoes. It was almost dark, but he wanted to go outside to start working and get ready (for the big game).”

Brayden runs ladder drills in the backyard and is working on developing his speed. He catches 50 passes a day with his dad to stay in shape during a time when most children are inside watching television. He wears a rope around his waist to practice resistance training and is diligent about completing 20 push-ups a night. 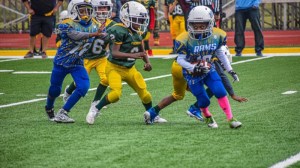 “Oh man, the kid’s got it in his eyes,” Robertson said. “He loves football. When it comes to football, he doesn’t give up. No matter what it takes to get the job done, he’s going to go 100 percent, above and beyond.”

At only 4 or 5 years old, Brayden would watch football training videos on YouTube and tell his father that he could do the same thing. He soon joined a 5/6 football team under the direction of coaches Montrell Steib and Glen Melancon.

Outside of football, Brayden enjoys playing outfield and second base on his travel baseball team. His love for running has earned him the nickname “Speedy.”

Brayden also loves drawing, painting, playing with his two little brothers and spending time with his grandparents. He’s an honor roll student and a perfectionist in everything he does.

As of now, the Team USA vs. Canada football game in July has not been cancelled due to coronavirus concerns. Organizers will continue monitoring the situation.

“Everything is still in place as of now, and we’re going to see how it plays out,” Robertson said. “He’s really excited for the competition. He wants to see how good the other kids are.”

HAHNVILLE – Both St. Charles Parish high schools will go into the 2020 football season in the fall with new... read more