LAPLACE – While everyone is feeling the effect of social distancing due to the COVID-19 virus, one group of people is being hit especially hard – high school senior athletes.

This was supposed to be their year to shine, to give it everything they’ve got one last time to try to win a state championship. Instead, the baseball and softball diamonds are empty. The bats are silent. The gloves are gathering dust.

“It hurts,” said East St. John High School senior Eric Breaud. “I just want to be out there. Even an inner-squad. Something.”

Baseball and softball diamonds are empty as officials work to slow the spread of COVID-19. (Photo credit: Lori Lyons)

That’s not likely to happen anytime soon. All public schools and St. Charles Catholic High School are shuttered at least until April 13. Riverside Academy is officially closed until March 30, when board members will reevaluate the situation. The Louisiana High School Athletic Association, meanwhile, has left things somewhat open for resuming the spring sports seasons on April 14, if at all possible.

“If the spring championship season extends for any period of time, the LHSAA will be ready to conduct tournaments in their entirety,” Commissioner Eddie Bonine said in a Monday press release.

Local seniors are holding on to that hope, but facing the idea that their seasons — perhaps their careers — might be over.

“It’s heartbreaking,” said Riverside Academy senior Gavin Vicknair. “All these seniors, they’ve put in the hard work – fall practices, early morning workouts – and then all of a sudden, their seasons just get taken away from them.”

“I didn’t really think I was going to get to play this year at all,” a four-time All-Stater who has signed to play for Southeastern Louisiana University. “I worked myself back as much as I could with therapy and working with my mom in the yard and going to the field and taking extra balls, throwing, just so I’d be able to play.”

A stellar slugger, who hit .707 with 17 home runs last year, Johnson could have been the first player to make All-State five years in a row.

“I’m really upset about it,” Hotard said. “I’ve been playing this sport for 13 years and I might not even be able to play it again.”

Teammate Olivia Keating is having an equally hard time.

“It’s hard to wrap my head around the fact that I might have played my last game, had my last practice,” she said. 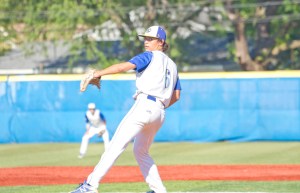 St. Charles Catholic’s Kaile Levatino fears the down-time will have an ill effect on athletes who might be looking to impress college recruiters.

West St. John senior Jalen Walker almost missed his last chance to play. After sitting out two games due to a knee injury, Walker was allowed to bat in what probably was his team’s last game of the season.

“At least I got to play a little bit,” he said. “It’s kind of heart-breaking. We were just starting to get on a roll. We were ready to keep playing.”

Along with their final high school sports seasons, these seniors and all the others also may lose the traditions and rituals that go along with the final year of school – proms, senior trips and graduation ceremonies and Senior Days.

“We were supposed to have ours on April 13,” Hotard said. “That was supposed to be our last regular season game. A lot of schools were able to have their senior nights but we haven’t even had a chance to.”

In the meantime, the senior athletes say they are trying to keep up with schoolwork and trying to find ways to keep busy. As athletes, they also have a certain work ethic to try to maintain in these trying times.

St. Charles Catholic senior Kaile Levatino, who hopes to extend his baseball career at Delgado, said he fears the down-time will have an ill effect on athletes who might be looking to impress college recruiters, but he doesn’t much feel like working out.

“I’ve been doing a lot of fishing, to be honest,” he said.