LAPLACE — Rickey Joseph Ripp, 38, of Marrero, was arrested March 18 for stealing over $2,000 in merchandise he hid on his person and stuffed into bags of mulch at a LaPlace business. 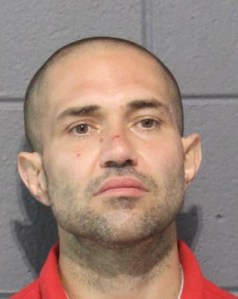 On March 18, around 12:30 p.m., officers responded to Home Depot in reference to a theft. Upon arrival, officers observed an unknown male, later identified as Ripp, placing items inside bags of mulch in a shopping cart. Detectives observed the male check out the three bags of mulch in his cart and exit the store. Officers made contact with the subject who gave officers a false name. Detectives then observed a large knife tucked in the back of the subject’s pants, a power drill tucked in the front of his pants and several other tools on his person. Other tools and items also were discovered in the bags of mulch.