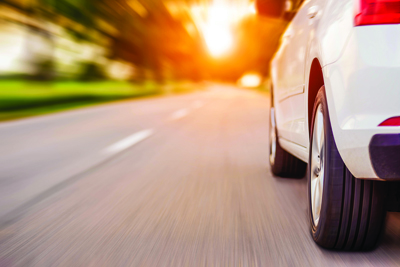 EDGARD — The distinction between public and private roads was a topic of discussion during last week’s St. John the Baptist Parish Council meeting in Edgard.

Councilman At-Large Lennix Madere Jr. recently responded to a resident who stated Parish employees switched a road sign to change the status of the thin, gravel roadway leading to her home from private to public. The sign designating it as private had been in place since 1996, and the resident constructed a personal driveway connected to the road.

The reason for the change, according to Madere, was a new house being built on the lot near the resident’s existing home.

Blue signs are typically used to mark private roads in St. John Parish, while green signs are used to mark public roads. While Parish maintenance work is supposed to apply only to public roads, Madere said some roads marked with blue signs have been paved by parish government. This has incited confusion among owners of private roads wanting to know why the parish can’t provide them with the same service.

“I went over to planning and zoning and found out there are quite a few streets in question whether they are private or public,” Madere said. “We need to try to get this rectified because it is causing problems in individual districts.”

Parish President Jaclyn Hotard said changing the road sign in the scenario Madere mentioned would have required permission from whoever owns the private road.

Hotard added that some public roads were mistakenly labeled in the past.

“I’ve seen in my time here, especially in some of the older areas, a blue sign which was thought to have been only for a private home was put up, but there was no real verification as to whether it was actually private,” she said.

According to Hotard, some owners of private roads may turn them over to the parish to relinquish maintenance responsibilities. However, the Parish cannot take over roads that are severely damaged or in need or extensive repairs.

In other Parish Council news, the following appointments were made to local governing boards:

– Re-appointment of Robert Taylor to the Economic Development Committee

– Re-appointment of Bernell Charles Sr. to the Parish wide Water, Sewerage and Drainage Board

– Appointment of Councilman Lennix Madere to the Citizen Action Advisory Board

Administration is following the guidance of the CDC and pushing alerts to residents, while also paying special attention to disinfect elevator buttons, doorknobs, bathrooms and other services in the Parish Government Complex.