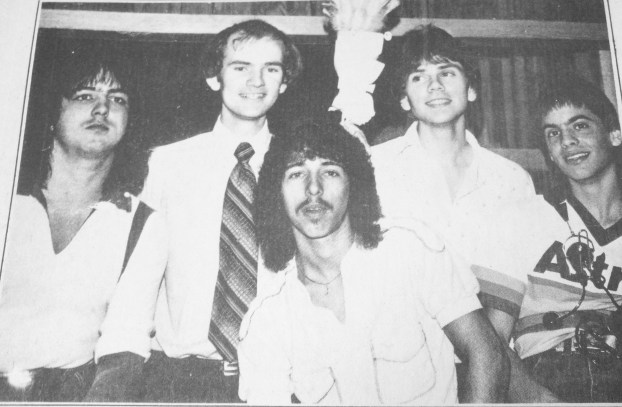 RESERVE — St. John Theatre has provided St. John the Baptist Parish and the surrounding area with live theatre experiences since 1981, and the tradition continues to this day.

A group of St. John residents realized the area needed a cultural center and brought the proposition to the Police Jury (later known as the Parish Council) in 1974.

Several years passed before the Parish Council passed a unanimous vote in 1980 to provide funds for the purchase of the old Maurin Theatre, constructed in 1931. The funds also covered the purchase of the surrounding land and initial renovations costs.

St. John Theatre opened in July 1981 with the staging of the musical “South Pacific.”

St. John Theatre 1981 – South Pacific: Director Jack Snowdy, left, shows the leads how to play one of the musical’s love scenes. Suzanne Read, seated, and Robert Beadle portray a Navy nurse and a French planter whose romance is set against the backdrop of WWII action in the South Pacific.

Since its inception, the mission of the theater has been to offer community members the opportunity to watch or participate in year-round fine arts activities.

St. John Theatre has a number of exciting performances coming soon to the stage.

Resurrection – A Journey Tribute will rock the house from 7:30 to 10:30 p.m. March 14. Based out of Nashville, the group offers an authentic ‘80s Journey concert experience. Tickets are available now for $25.

Auditions for Disney’s Newsies will be held at 6:30 p.m. March 30-April 3. Callbacks will be at 10 a.m. April 4. All questions can be directed to stjohntheatredirector@gmail.com.

Set in the turn-of-the-century New York City, Newsies is the rousing tale of charismatic newsboy Jack Kelly. When titans of the publishing industry raise distribution prices at the newsboys’ expense, Jack and newsies across the city rally against the unfair conditions.

RESERVE — William Carpenter, a seventh grader at Riverside Academy, embraced the responsibility of caring for something other than himself... read more