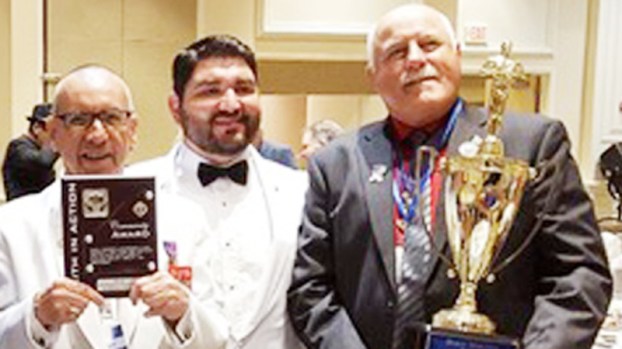 AOL Council awarded No. 1 in state

LAPLACE — The Ascension of Our Lord Council 9623 was awarded No. 1 council in Louisiana at the Knights of Columbus state convention.

Council 9623 has been recognized as best council in the state for the past seven out of eight years. Members say it is a testament to excellence in community involvement, made possible by long hours and hard work from volunteers.

Members have worked with The Hearty Meals program to distribute hot meals for the elderly and less fortunate in the community.

The group distributes gift baskets at Thanksgiving and Christmastime.

“We traveled to the communities in Florida that were destroyed to deliver these donated items as well as to cook hundreds of hot meals for the affected victims,” Poche said in a press release. “We also set up a second donation drop off point for non-perishable items for distribution to the victims of Hurricane Florence!”

Council 9623 additionally works with Habitat for Humanity, collects wheelchairs and walkers for those in need and participates in peaceful prayer walks for unborn children. The group collects donations of baby items to distribute at The Woman’s New Life Center.

LAPLACE — A LaPlace woman was indicted by a federal grand jury May 30 for nine counts of wire fraud,... read more