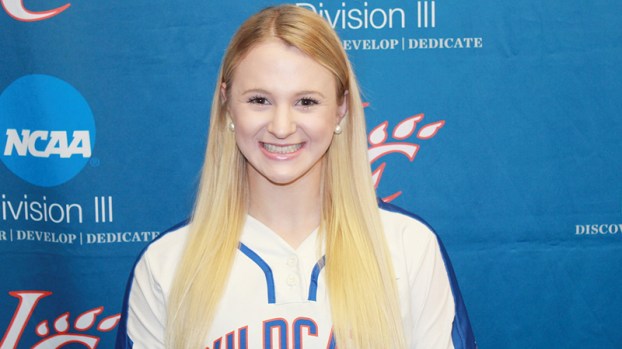 To be eligible for the award, players must maintain at least a 3.5 grade point average during the entire academic year in which they compete.

“Of all the many accomplishments this team had this year, this is one that I am most proud of,” head coach Barry Roberts said. “To have a few kids accomplish this is great, but to have 20 is amazing.

“As a student-athlete at Louisiana College, I’ve discovered the importance of balancing athletics and academics,” Brady said. “Although it can be challenging, through time management, hard work and dedication, I’ve learned to succeed both on the field and in the classroom.”

With 20 players earning Academic All-American, the Wildcats will be a strong contender for one of the 10 team awards given in Division III.

The NFCA will announce those team winners in October.

“I’m genuinely proud of the Wildcat softball team as they continue to represent the Mission and Vision of Louisiana College on the playing field, in the classroom, and throughout our community,” President Dr. Rick Brewer said. “Their dedication to excellence on the field and in their school work epitomizes the student-first athlete we have here at Louisiana College.”

After defeating formidable opponent Archbishop Hannan 4-1 in the 2018 semifinal, the Lady Comets fell to Parkview Baptist later that day, suffering an 11-1 loss after seven innings.

Brady pitched seven successful semifinal innings and came up clutch at the plate with a 3-run homer to center field to take the win.

The 2018 Lady Comets mastered balancing academics and athletics, attaining impressive ACT scores while bringing in runs on the softball field.

“If they’re not the ‘winningest’ class in St. Charles history, they’ve got to be pretty close to it,” coach Ty Monica said a year ago. “They have a lot to be proud of. I became a better coach during the season because of the girls that were around me. Somebody told me a long time ago that if you surround yourself with good people, you’re destined to have success.”

Brady continued her amazing impact this spring for the Louisiana College Wildcats, appearing in 20 games and starting 11 of them.

The freshman collected 17 hits, 2 home runs and 11 RBIs, while notching a .395 batting average.

She also made 7 appearances as a pitcher with 2 starts, earning 1 win and 8 strikeouts.

The St. Charles Catholic Comets gather around home plate in 2018 waiting for Jade Brady to come in following a home run in a semifinal win over Hannan. (Photo by Stephen Arcuri.)