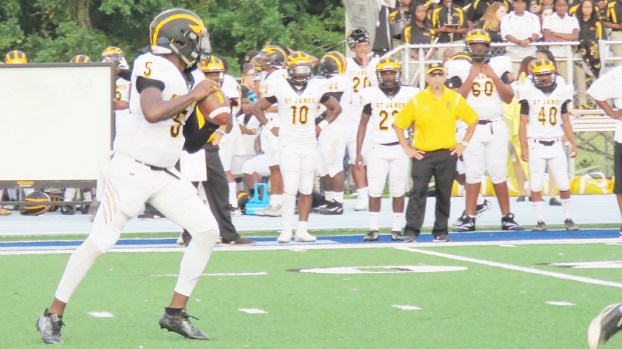 EDGARD — The season starts fast for the West St. John Rams, who travel to Vacherie Friday in a traditional opener against rival St. James High School.

Walters said WSJH let St. James off the hook last season, surrendering a 33-15 lead in the final minutes for a devastating loss.

He doesn’t expect that to happen this year.

“We have a lot of key guys, and we’re expecting all of them to step up,” Walters said. “This is a really big game, so we need all men on deck. It’s always great to win your first game and come out of the gate swinging.”

“We need to be more consistent and be better executioners in the run game and in what we’re doing offensively,” Walters said. “We need to clean up some of our tackling defensively, and I want to see that we execute better on both sides of the ball. We have to do a better job with special teams.”

Many of the Rams can still remember 2017 ending with a state championship but a new year means a new goal — matching the success of last season.

Walters said that starts with week-by-week execution and a strong pre-district showing.

Walters wants Rams to bounce back after lackluster scrimmage